In Nomine (duet for violin and clarinet) 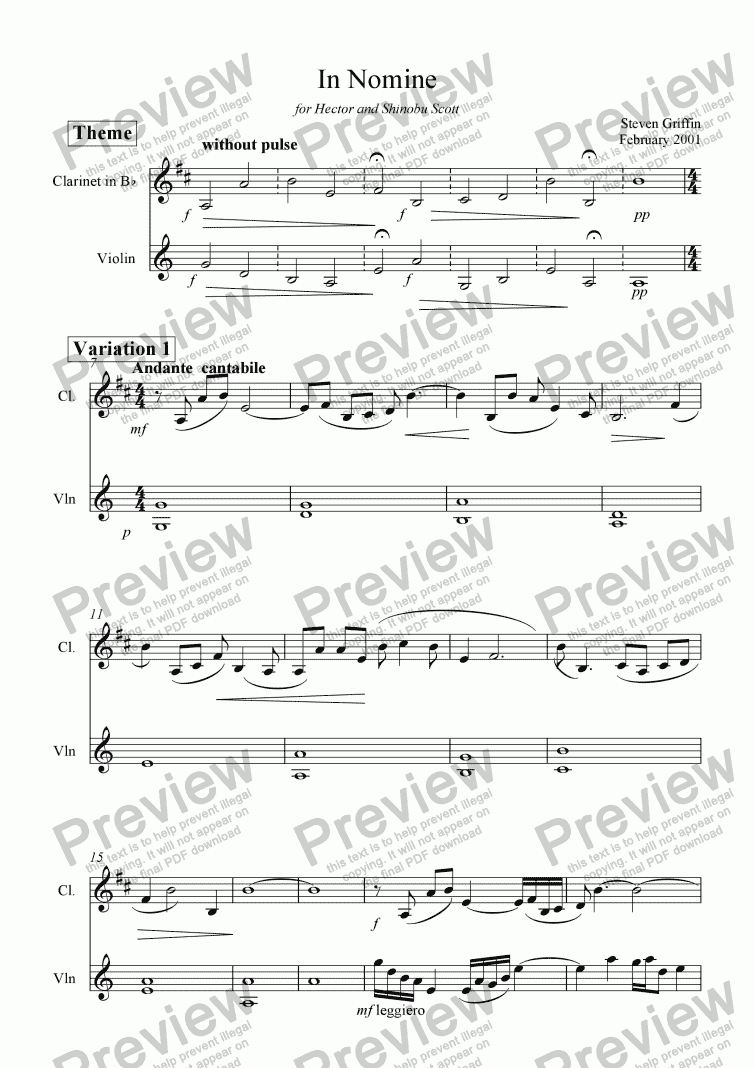 This piece is titled In Nomine as the melodic material is all contained "in the name(s) of" the dedicatees, Hector Scott and Shinobu Miki. Some basic numerological technique was applied to their names, resulting in each letter having a value of 1-9. Those values were then given pitch names - 1=G, 2=A, 3=B and so on. In some variations, the names are stated outright. In others, the letters are jumbled up and ordered freely. In Nomine was first performed at Glasgow Gallery of Modern Art on 6th April 2001. The Scotsman reviewer, Kenneth Walton wrote the following (The Scotsman 8th April 2001):"alluring contemporary sounds… [an] interesting…[and]…imaginative theme and variations"

Reviews of In Nomine (duet for violin and clarinet)