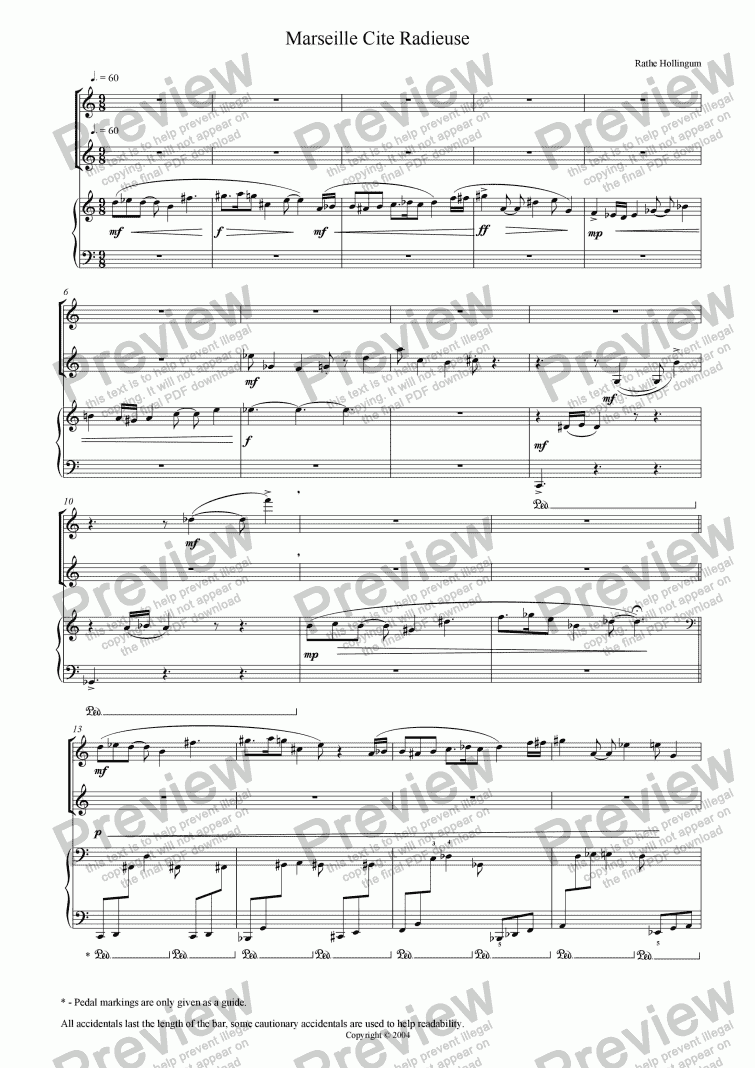 The music is inspired by the art work by Ben Langlands and Nikki Bell withthe same name.

Langlands and Bell based their work on Le Corbusier's vision for communal living. Up to 1600 people would like in 'unites d'habitation', raw concrete buildings, copies of which can be seen in most cities including Southampton. While the imitations have been reviled, the oridgnial 'unite' still works well as it was designed in a modular structure for functionality and space. The music is made up of small cells taking six notes of a scale, with the following cell taking the other six notes. The cells are modified in a similar way to Le Corbusier's interlacing of different apartment sizes; this process can also be seen in Langlands and Bell's work. From this raw beginning themes are allowed to develop, leading to the repetition of themes in both inversion and transposition of the ordginal idea."

In order to submit this score to ScoreExchange.com Rathe Hollingum has declared that they own the copyright to this work in its entirety or that they have been granted permission from the copyright holder to use their work. If you believe that this score should be not available here because it infringes your or someone elses copyright, please report this score using the copyright abuse form.