By: Philip R Buttall
For: Choir
This music is in your basket
View basket
Loading... 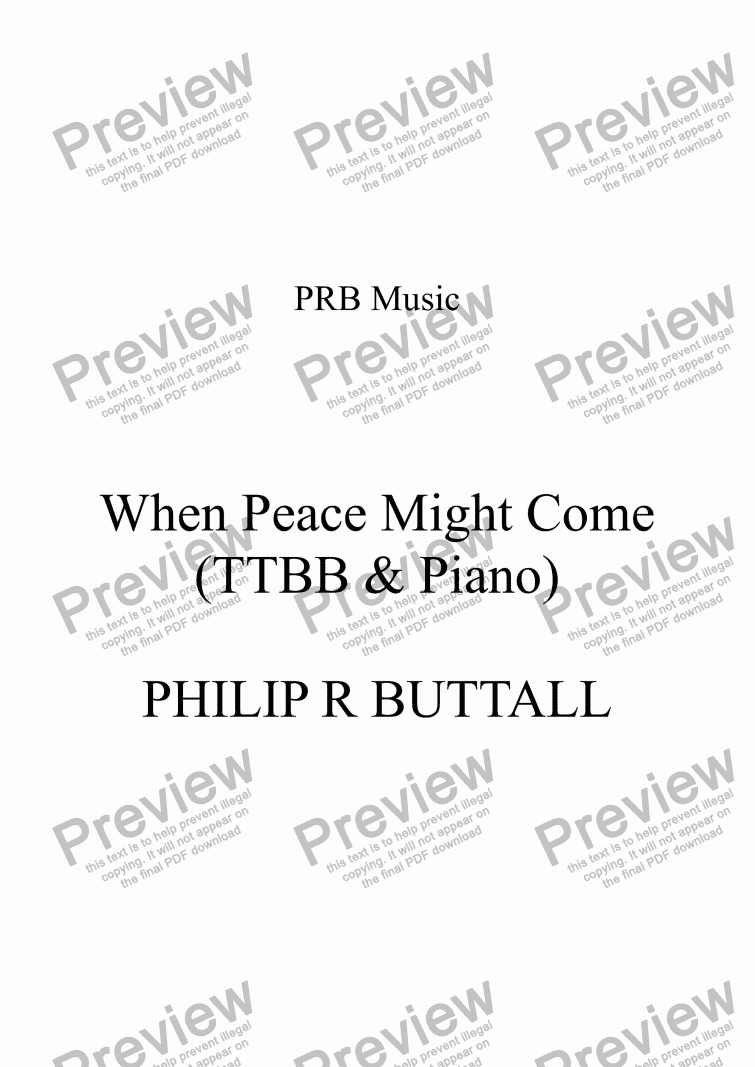 By: Philip R Buttall
For: Choir

The music was originally written in 1969, for my mother who sang the soprano line, together with her friend, Thea Tagget, contralto, who were both principals with the Plymouth Gilbert & Sullivan Fellowship. The poem I initially set was by a leading English poet, but I have had occasion to substitute my own text, which isn’t nearly as good, but to which I do own the copyright! In fact it was an interesting exercise to add text to a given melody, rather than the other way round, which is the usual order of things.

Recently I received an email from David Saslav, who asked whether the duet might be re-arranged for other voice combinations, especially male voice choir, as David sings in Musaic - a TTBB Chamber Choir in the San Francisco Bay Area. David has his own most interesting website where, amongst other things, he includes some of his own compositions.

I have since made this arrangement for TTBB, but unfortunately overlooked the fact that Musaic is an a cappella ensemble. David has now pointed this out to me, and suggested that, with a little tweaking, here and there, the piano could be dispensed with, and this is what I have now done, with a special a cappella version.

Rather than delete this present accompanied TTBB version altogether, I have decided to leave it where it is. Way back in 1972, I was asked to form a Plymouth Police Choir (see photo), which I did, and where I was their musical director for some ten years. I’ve decided to rededicate this version to them, and hopefully they may well perfom it in this arrangement, sometime!