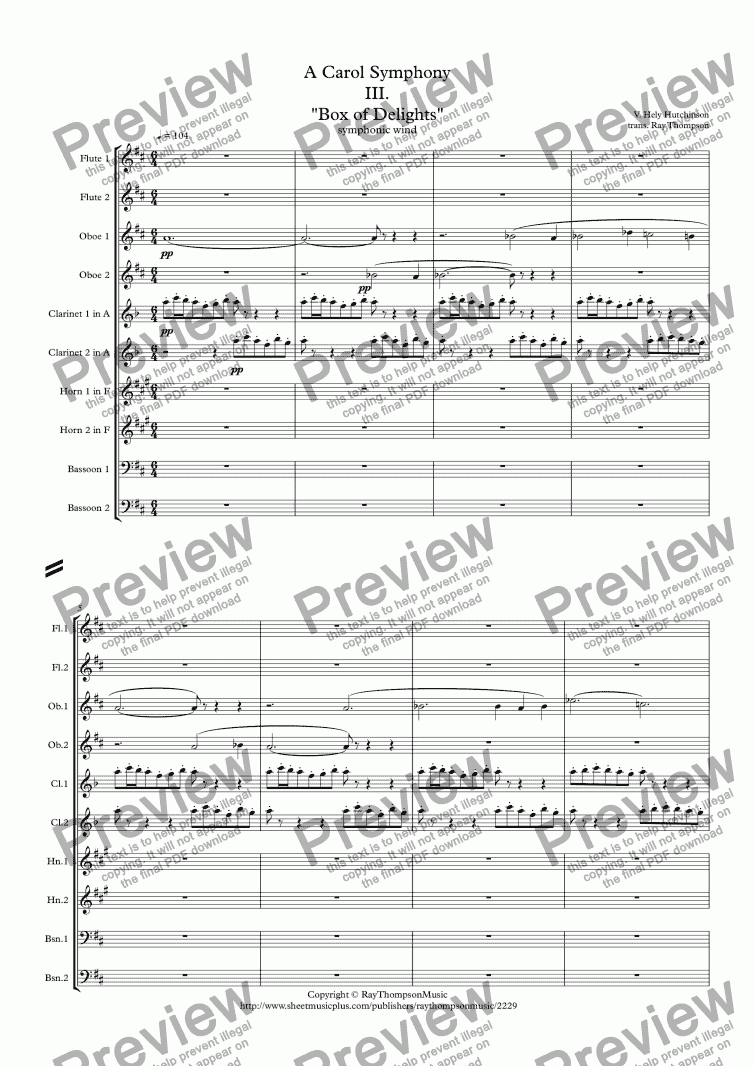 He is best known for " A Carol Symphony" It is based on four Christmas carols, given additional orchestration and counterpoint arrangements. The four movements are written to be played uninterrupted consecutively.

Two sections from the First Nowell section were used for the 1943 Children's Hour adaptation of John Masefield's The Box of Delights. The work was later used as the opening and closing titles of the 1984 BBC Television adaptation of the same novel.

This arrangement is an extract from the 3rd movement.

Reviews of A Carol Symphony III. "Box of Delights"