No. 1 from Trois Gnossiennes for Viola & Piano

By: Eric Satie Transcribed by Keith Terrett
For: Solo Solo Viola + piano
This music is in your basket
View basket
Loading... 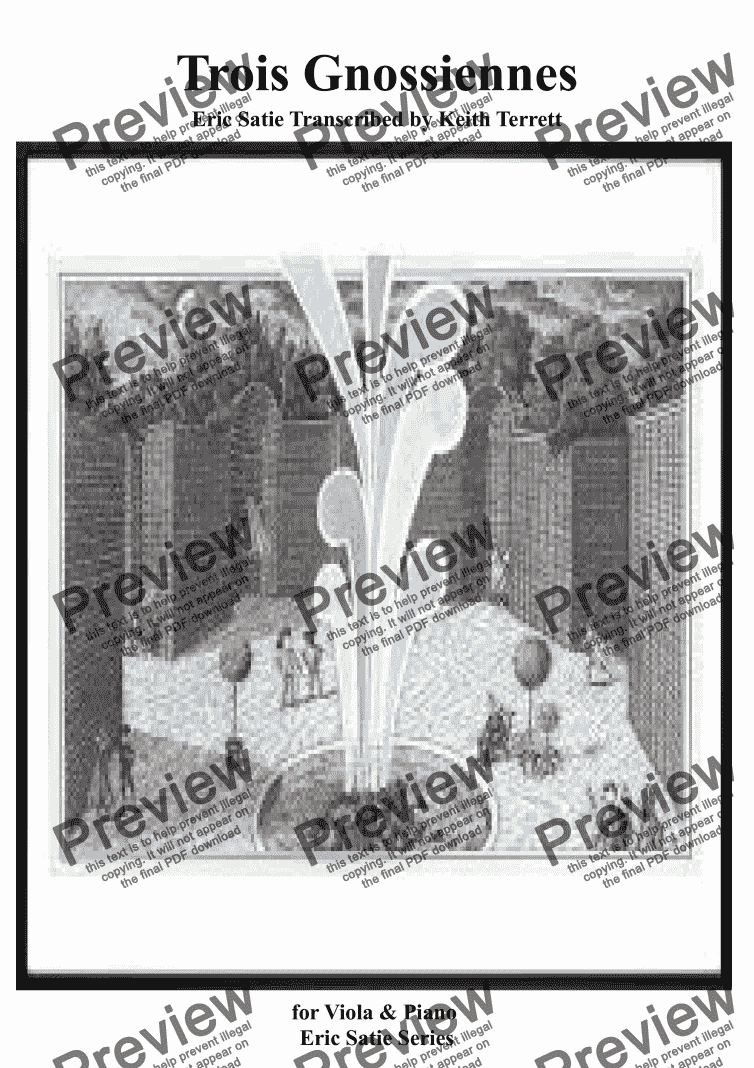 No. 1 from Trois Gnossiennes for Viola & Piano

Composer
Eric Satie Transcribed by Keith Terrett
Year of composition
1890
Publisher
Music for all Occasions
Difficulty
Moderate (Grades 4-6)
Duration
3 minutes
Genre
Modern classical music
License details
For anything not permitted by the above licence then you should contact the publisher first to obtain permission.

Gnossienne No 1, arranged for Viola & Piano. The Gnossiennes, are several piano compositions written by the French composer Erik Satie in the late 19th century. The works are for the most part in free time (lacking time signatures or bar divisions) and highly experimental with form, rhythm and chordal structure. The form as well as the term was invented by Satie. Satie's coining of the word gnossienne was one of the rare occasions when a composer used a new term to indicate a new "type" of composition. Satie used many novel names for his compositions (vexations, croquis et agaceries and so on). Ogive, for example, is the name of an architectural element which was used by Satie as the name for a composition, the Ogives. Gnossienne, however, was a word that did not exist before Satie used it as a title for a composition. The word appears to derive from gnosis. Satie was involved in gnostic sects and movements at the time that he began to compose the Gnossiennes. However, some published versions claim that the word derives from Cretan "knossos" or "gnossus"; this interpretation supports the theory linking the Gnossiennes to the myth of Theseus, Ariadne and the Minotaur. Several archeological sites relating to that theme were famously excavated around the time that Satie composed the Gnossiennes.

Reviews of No. 1 from Trois Gnossiennes for Viola & Piano