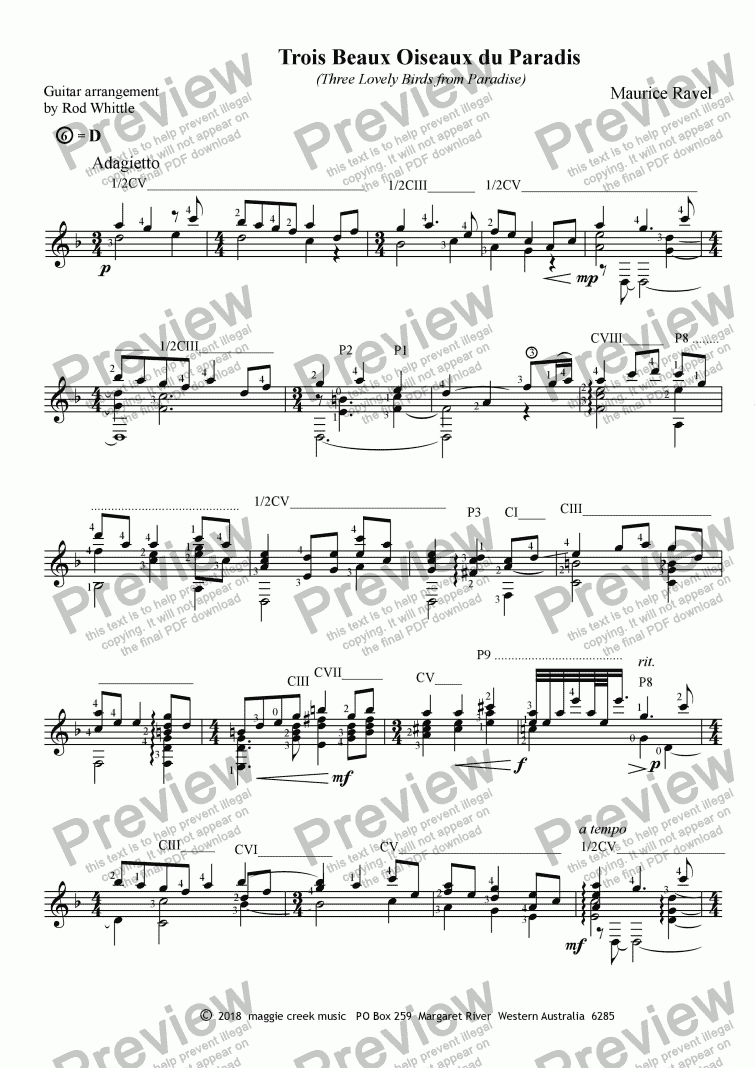 Ravel was born in the Basque region of France and much of his work shows a Spanish influence (this, together with his interest in jazz has produced some exceptional guitar transcriptions). He was a pupil of Faure and at first fell, like many contemporary composers, under Debussy's spell. However, his ascetic and intellectual bents produced from the start a refinement of composition and orchestration, and development of melody, all his own. Later music, including the Concerto, shows his love of the rhythmic features of jazz, and thoughtful incorporation of the innovations of modern music – strong dissonance, atonality etc.

Ravel wrote both music and lyrics for a number of songs including Trois Beaux Oiseaux du Paradis (Three Lovely Birds from Paradise), composed in 1916 while he was posted in the French army during WW1, this at significant physical and mental cost (ref. Wikipedia). Thus the tragic lyrics arise from experience, and the music (Ravel was 40) is typically expressive and uncomplicated with the usual harmonic surprises.