Just Thought of you Tonight 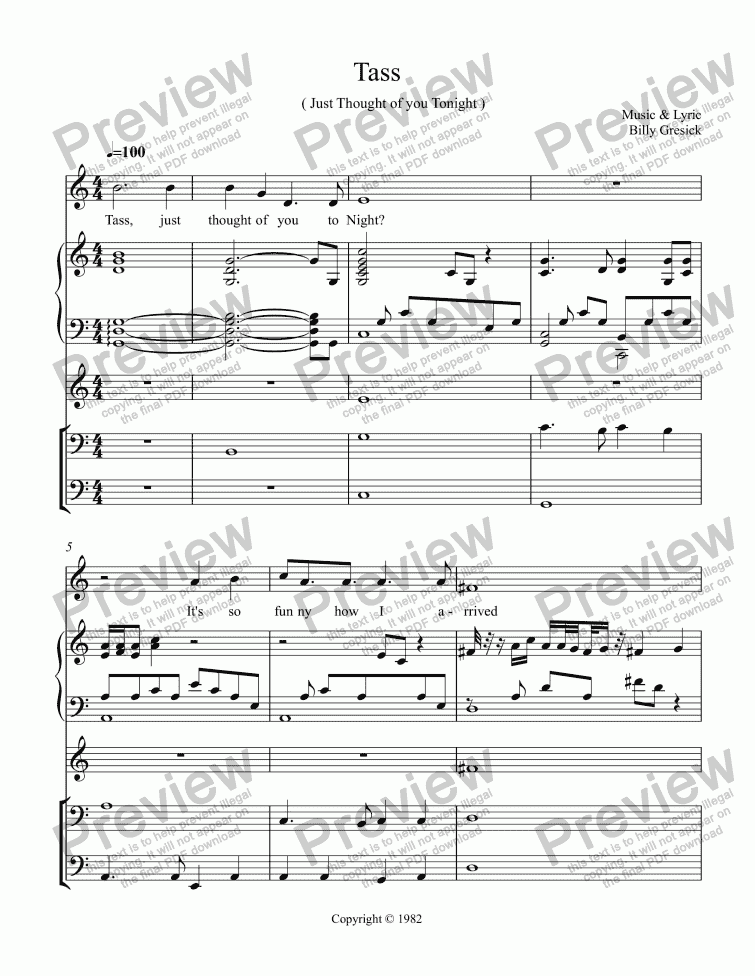 During the Late Spring (May-June) 1982 I wrote this song Titled "Tass" During this time living in South Lake Tahoe, CA. Nine Month later during an address Speech on March 8th 1983 Ronald Regan then President of the United States used the phrase Evil Empire referring to the Soviet Union's Escalation of the Forty Year Cold War. This Moment in time, effectively brought an end to this era and the dismantling of the Berlin Wall. Hope you like my tune, Bill Gresick © 1982-2011

In order to submit this score to ScoreExchange.com Billy Gresick has declared that they own the copyright to this work in its entirety or that they have been granted permission from the copyright holder to use their work. If you believe that this score should be not available here because it infringes your or someone elses copyright, please report this score using the copyright abuse form.