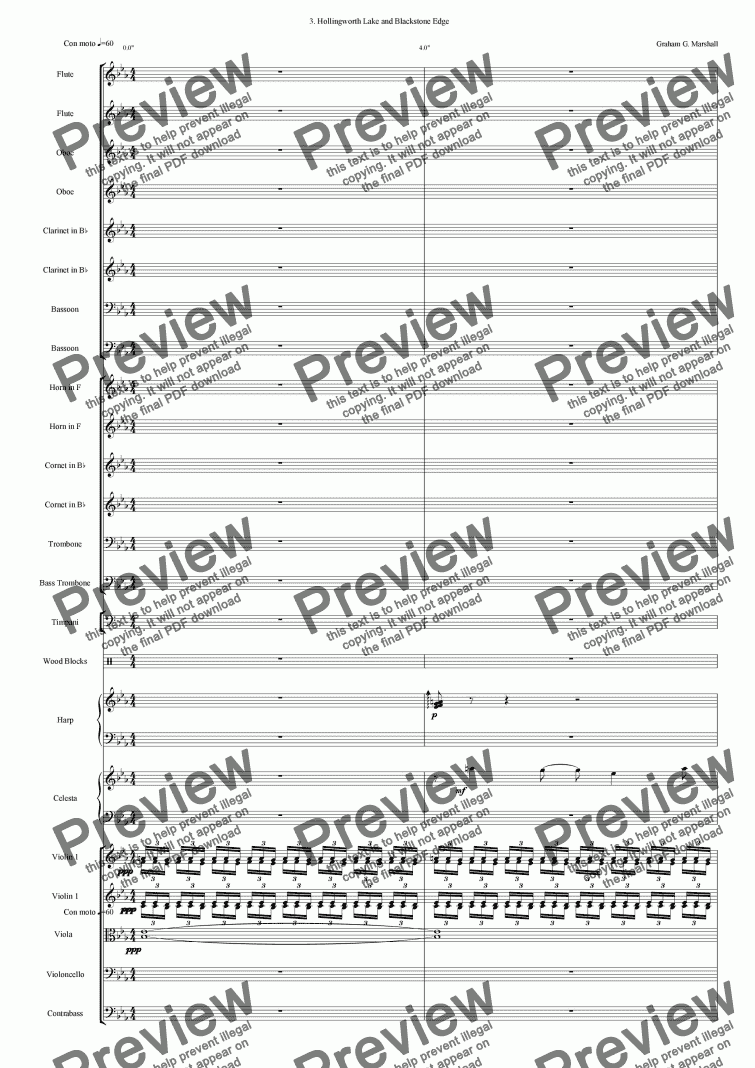 Rochdale is one of the many towns in the north west of England which grew up rapidly and flourished for several generations as the scene of frantic experiment and growth during the 'industrial revolution' of western Europe. To the east of the urban concentration is to be found a lake which for several generations has served as the setting for fishing, boating, fairground and other recreational activities for a workforce often unable in the past to venture further afield for entertainment and diversion. It remains a popular venue for people of all kinds and throughout the year. Blackstone Edge is the prospect which greets you as you look east from the town and lake - a local moorland summit inviting you to explore the Pennine Hills which are the geological backbone of England.This movement ends with a reference back to the Rochdale town centre Esplanade (see LANDSCAPES OF ROCHDALE 1. Esplanade and Toad Lane),where is still to be seen the very imposing Victorian Town Hall looking across parkland to the narrow, winding River Roch - which give Rochdale its name, and the northern Pennine hills.

In order to submit this score to ScoreExchange.com Graham G. Marshall has declared that they own the copyright to this work in its entirety or that they have been granted permission from the copyright holder to use their work. If you believe that this score should be not available here because it infringes your or someone elses copyright, please report this score using the copyright abuse form.

Reviews of LANDSCAPES OF ROCHDALE 3. Hollingworth Lake and Blackstone Edge