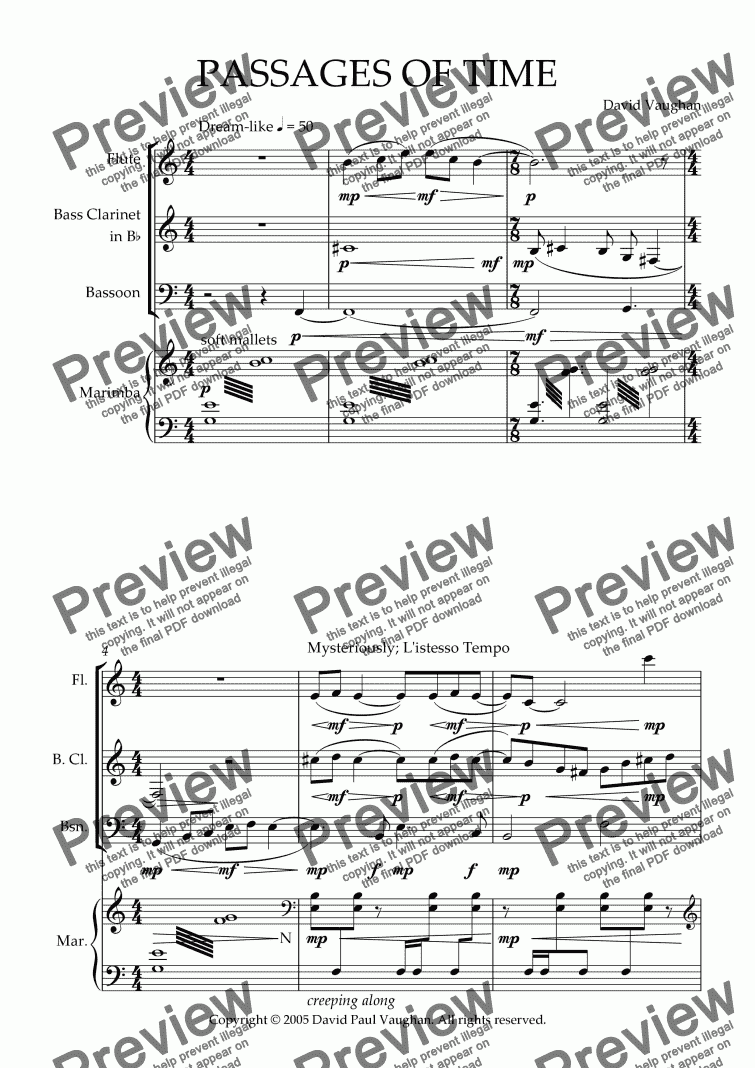 Composer
David Vaughan
Year of composition
2005
Lyricist
none
Difficulty
Moderate (Grades 4-6)
Duration
5 minutes
Genre
Modern classical music and World music
License details
For anything not permitted by the above licence then you should contact the publisher first to obtain permission.

This piece was began as an experiment of taking a coda idea, and finding a way to write a piece which led up to it. The piece began, at the coda, as a kind of Steve Reich-like minimalistic section, with each instrument playing a different pattern going in and out of phase with the rests. I then worked from the start with a very different idea, and worked my way through the piece to link the start and end together, with the journey along the way documented as music.

The last section of this begin was the beginning point for the composition progress. A Steve Reich-like minimalistic section scored for flute, bassoon and marimba used different forms of pentatonicism, with each instrument playing a pattern, which would go in and out of phase with the other instruments and their patterns.

Taking the idea of pentatonicism, I then turned to the unwritten beginning of the piece, and worked my way along from the beginning to the already written end, the journey of which was documented in the form of music.

Reviews of Passages of Time