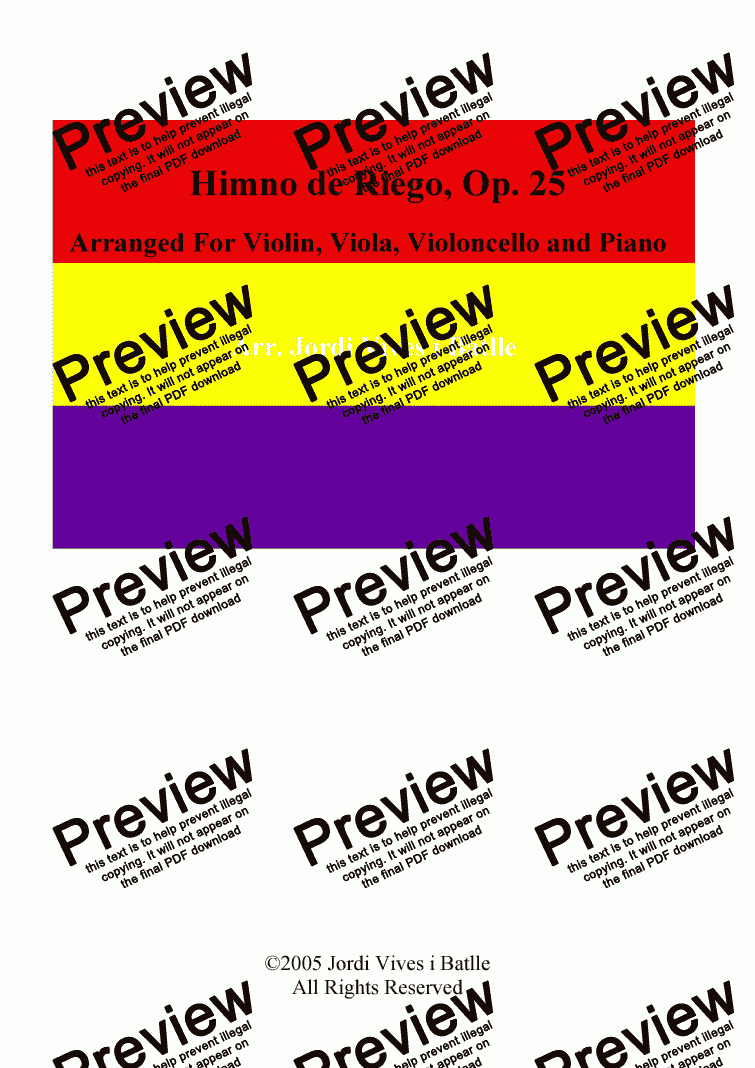 The Himno de Riego is an anthem composed in honour of Rafael del Riego, a liberal military man that rose against the despotic Spanish king Fernando VII in 1820. It was the official National Anthem and March during the period of the Second Spanish Republic (1931 - 1939). After the Civil war it was banned and replaced by the current Royal March, or Marcha de Granaderos, by the dictator Franco. Today, this music, which combines a certain popular, street atmosphere with liberal and republican ideals, evokes a certain nostalgia for what was not allowed to be but might be some day.

The authorship of the music is hotly disputed but several historians point at one don Jose Maria de Reart y Copons (1784 - 1857). In essence the piece is a contredanse, which was the ancestor of the 19th-century quadrille. Typically played by military band, I have rendered it for chamber ensemble (string trio and piano). The harmonisation and elaboration of the different parts (except for the original tunes composing the three repeating sections) is wholly mine.