By: Guiseppe Torelli
For: Solo Trumpet in Bb + piano
This music is in your basket
View basket
Loading... 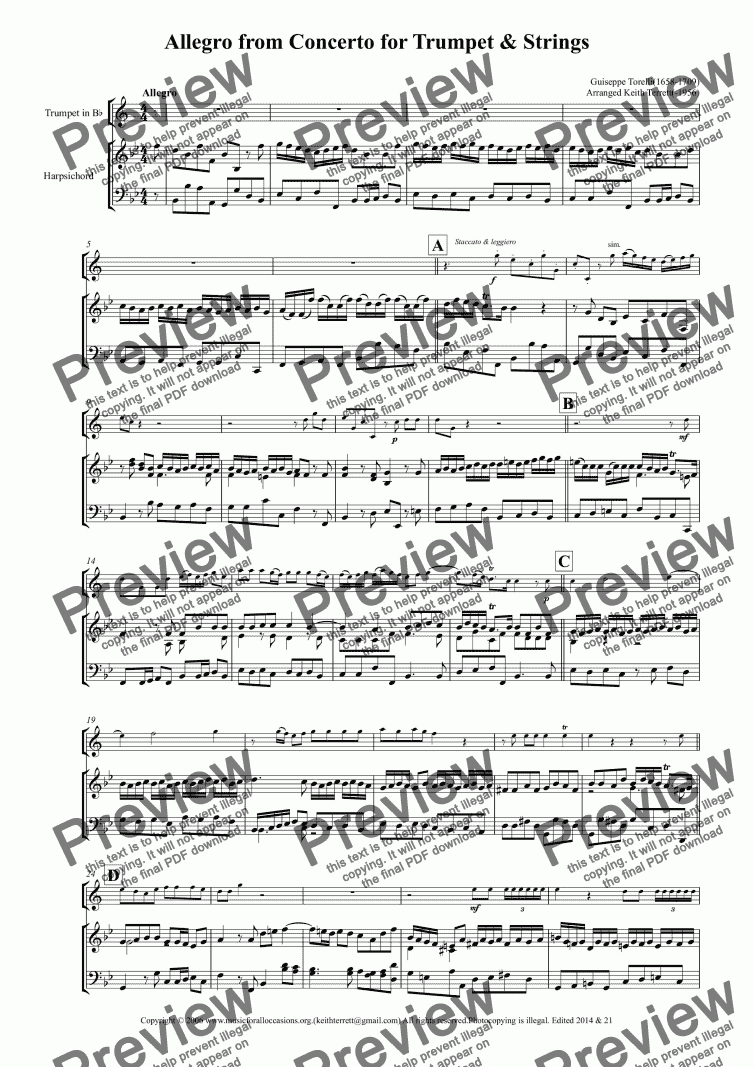 By: Guiseppe Torelli
For: Solo Trumpet in Bb + piano

Composer
Guiseppe Torelli
Arranger
Keith Terrett
Year of arrangement
2006
Publisher
Music for all Occasions
Difficulty
Easy (Grades 1-3)
Duration
3 minutes
Genre
Classical music
License details
For anything not permitted by the above licence then you should contact the publisher first to obtain permission.

An arrangement of the ’’Allegro’’ from Torelli’s Trumpet Concerto 2nd Movement, for younger players in the key of Bb concert.

This arrangement will suit players, looking to venture into the music of the Baroque, but whose embouchures are not yet strong enough to peform in the extreme clarino tessitura , of the Brandenburg Concertos.

This is the way to explore the clarino register, and for aspiring trumpeters, may I recommend Clyde Hunt’s excellent introduction to clarino trumpet playing entitled ’’Sail the seven seas’’.

In addition, recordings of clarino artists such as John Wilbraham, Crispian Steele-Perkins from the UK, Maurice Andre from France, and Don Smithers and Wynton Marsallis should be in every ones CD collection.