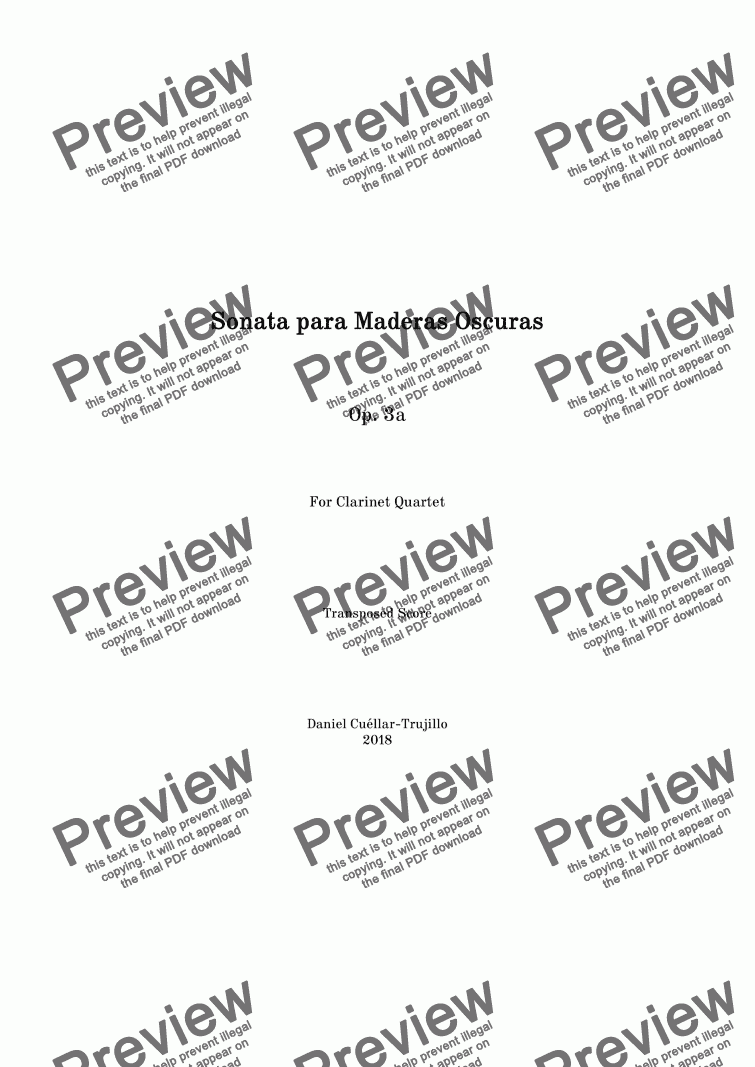 The title for this piece comes from its original instrumentation of two bass clarinets, bassoon and contrabassoon. Obviously, Maderas Oscuras is not a technical name, but rather a poetic title. The original ensemble was related to the idea of exploring atmospheres of dark, guttural, deep, and primitive sounds. However, a second version for standard clarinet quartet was created later, since this is a much more practical and available ensemble. The piece uses the concept of a classical sonata in four movements as a basic formal structure upon which a musical content that evokes the Hispanic heritage is presented.

The first movement was written based on melodies in the style of Gregorian chants and parallel organum, inspired in the Ars Antiqua, in the Ars Nova, and in Spanish Renaissance polyphonic treatments. This movement presents passages of great rhythmic complexity, and it introduces patterns of some Colombian dances inspired in the music of Juan Antonio Cuéllar (this material would later be developed). The second movement explores melodic treatments based on Arabic scales, that refer to an essential and constitutive part of Spanish American culture. Several passages are inspired in the music of Isaac Albéniz. The third movement consists on a Rondo in the style of a Beethovenian scherzo that develops a rhythmic alternation of ternary and binary beats, which is typical of many Colombian dances. This rhythmic development is related with the musical material that had already appeared in the first movement. The third movement also expands the possibilities of the melodies inspired in Medieval Gregorian chants. The fourth movement gathers all the sonata’s main musical materials to tie up loose ends and to give conclusion to the piece.