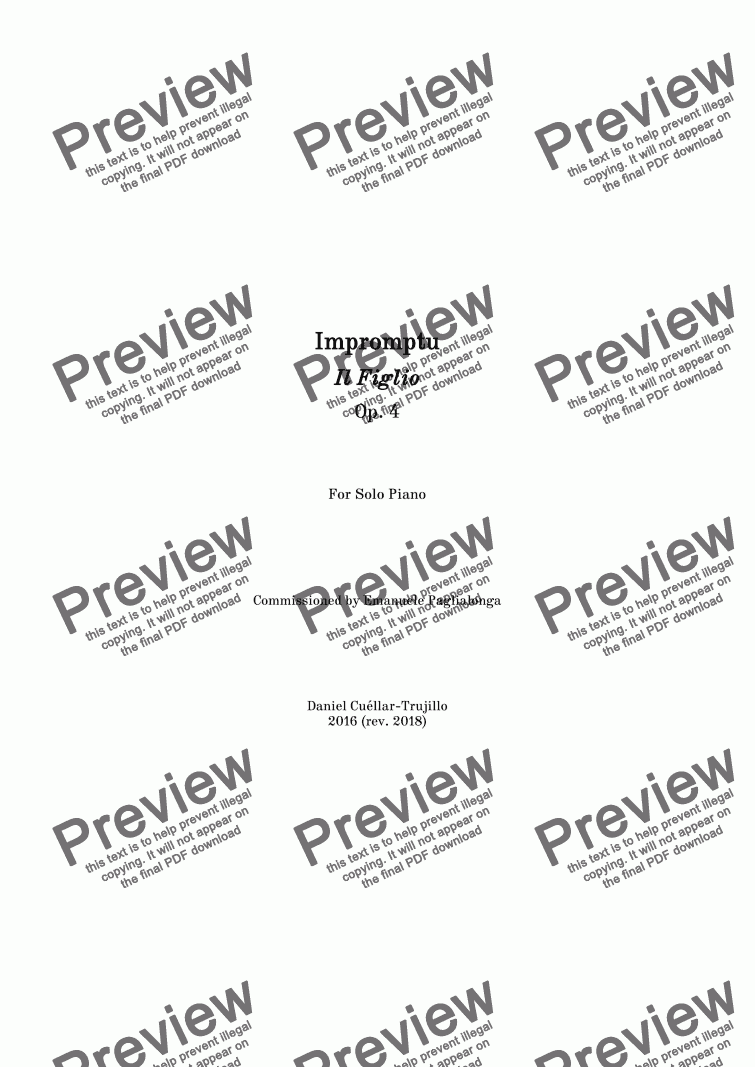 This brief piece for solo piano was composed within the framework of a commission to create the music for Il figlio della figlia dell’ambasciatore (“The Son of the Ambassador’s Daughter”), an Italian short film directed by Emanuele Paglialonga. The film tells the story of a girl who is the daughter of an ambassador that has recently been assigned to a consulate in a distant country, and she has just discovered that she’s pregnant, but she doesn’t know who the child’s father is. The film focuses on the girl’s personal anguish as she faces a tough decision with very significative consequences: whether she will have an abortion or not.

The music for this film was conceived based on a series of harmonic ideas found during a piano improvisation (impromptu) that was later transcribed and refined, resulting in this brief concert piece for solo piano. The ideas are developed in a minimalistic style. The first section of the piece reflects the general nostalgic mood of the film, and it introduces subtle rhythmic variations, always keeping the same harmonic progression. The second section is built upon a rhythmic ostinato in the lower register of the left hand, and, on top of it, it lays melodies based on a perfect-fifth parallelism, with some accents and dynamics that increase the overall rhythmic complexity. This section is related to the anguish the girl experiences when facing so many mixed feelings caused by the question of whether she will abort the ambassador’s grandson or not. Finally, the third section presents again elements of the first part, giving to the end of the piece the same mood it had at the beginning.