By: Michael Drewes
For: Choir
This music is in your basket
View basket
Loading... 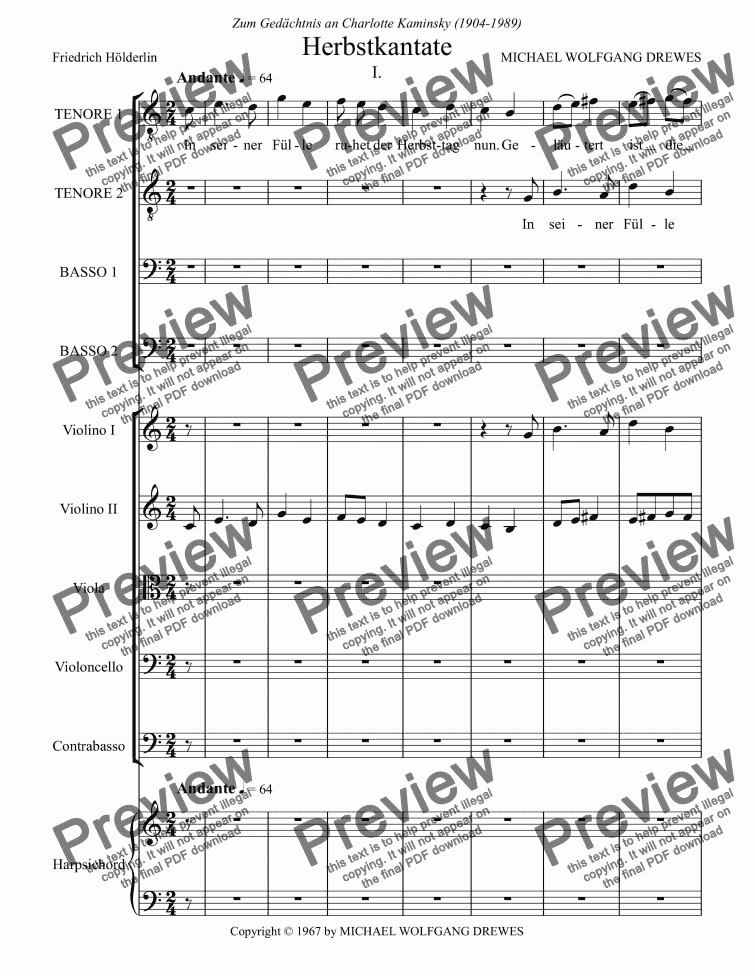 By: Michael Drewes
For: Choir

Composer
Michael Drewes
Year of composition
1967
Lyricist
Friedrich H�lderlin
Difficulty
Difficult (Grades 7+)
Duration
16 minutes
Genre
Modern classical music
License details
For anything not permitted by the above licence then you should contact the publisher first to obtain permission.

This is an arrangement for male choir, string quartet and harpsichord (the latter one, ad libitum).

An English translation of poems by H�lderlin is available as:

FRIEDRICH H�LDERLIN. Selected Poems and Fragments, translated by Michael Hamburger; edited by Jeremy Adler; with a new preface and an introduction by Michael Hamburger. Penguin Classics, London, 1998. pp. 36-41. The poem used for the cantata appears under the German title �Mein Eigentum� and in English, as �My Possessions.�

The string quartet accompaniment was provided by members of the New World Symphony of Miami, namely: