By: Michael Drewes
For: Orchestra
This music is in your basket
View basket
Loading... 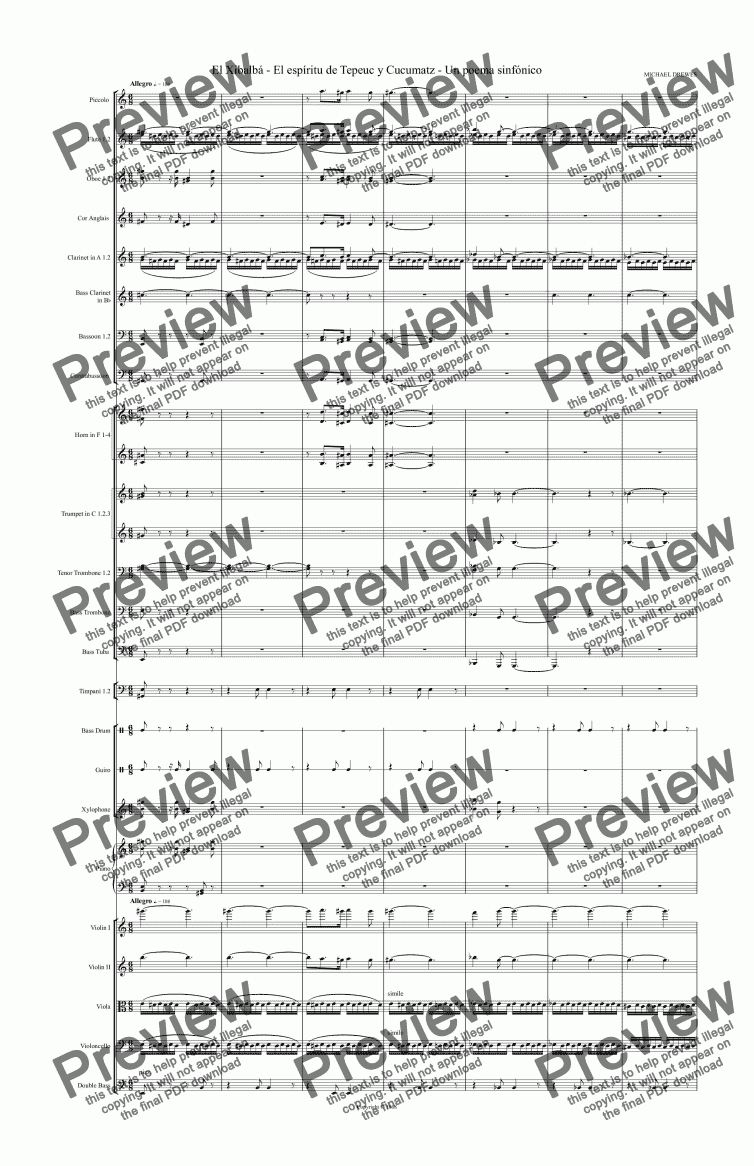 By: Michael Drewes
For: Orchestra

Composer
Michael Drewes
Year of composition
1968
Lyricist
none
Difficulty
Difficult (Grades 7+)
Duration
4 minutes
Genre
Modern classical music
License details
For anything not permitted by the above licence then you should contact the publisher first to obtain permission.

You want dodecaphonic? Here it is. Fasten your seat belts and off we go!

I was fascinated by the Mayan mythology as expressed in the book Popol Vuh, and I tried to evoke the moment of the creation of the world by the gods Tepeuc and Cucumatz in this symphonic poem, which was the first part of a project that should look as follows:

Xibalb� is the Mayan equivalent of �paradise.� The word literally means: �the place where one lives in some manner.�

I also had in mind two �career goals� as a composer:

First, to be �modern�, that is, to break loose from classicism, of which, attempts can be seen in the �forced harmonies� of my other works. I thought that Arnold Sch�nberg�s dodecaphonic or �serial� technique was the non plus ultra. At that time (I started writing Xibalb� on 6 June 1968 in San Miguel de Allende, Mexico) it was still considered avant-garde indeed while nowadays it is sort of classical.

Second, one of my dreams was to write for big orchestra (the bigger, the better), and so, I believe, I have reached both goals with this (alas, incomplete) piece, which I present here for �show and tell.�

The handwritten score contains marginal notes on orchestration by the Mexican composer Mario Kuri-Aldana, such as: �The harp is not chromatic in fast passages,� or: �Too difficult for the xylophone.� The present �Sibelius� version is corrected by substituting the harp by the piano, according to his indications.

I warmly recommend to everyone to study Sch�nberg�s treatise on (traditional) harmony, which is rather a kind of philosophy of life. The opening sentence of this book is impressive: �This book I have learnt from my students.�