Take Me Back To Dear Old Blighty - Brass Band 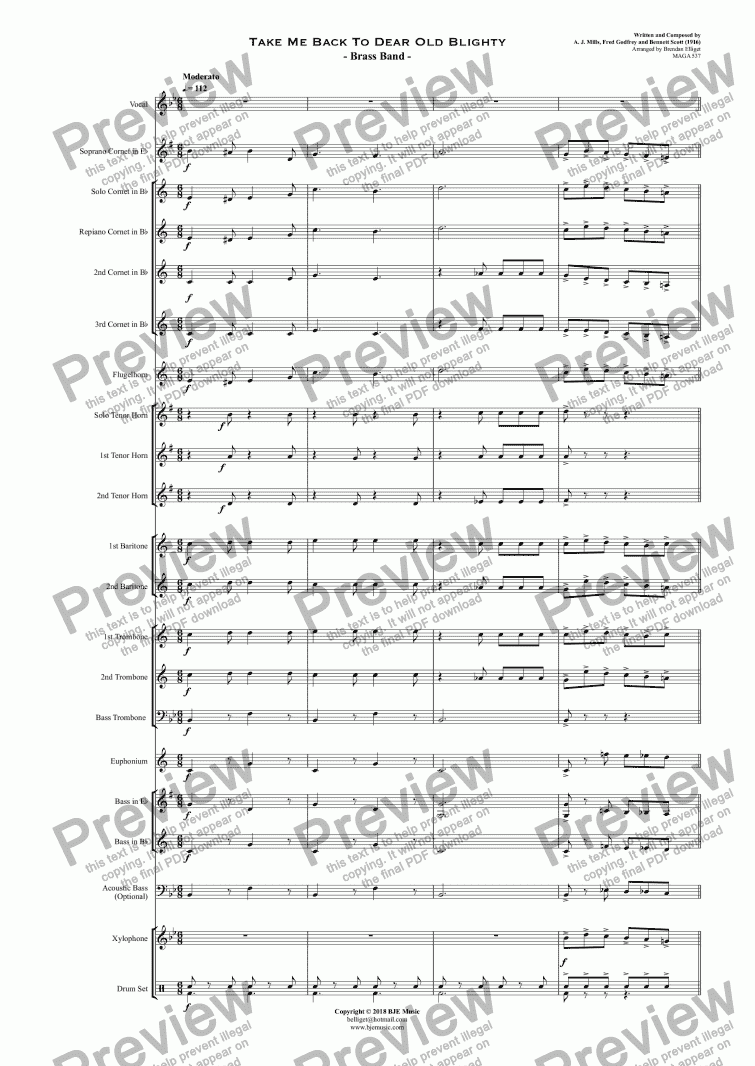 "Take Me Back to Dear Old Blighty" is a music hall song written by Arthur J. Mills, Fred Godfrey and Bennett Scott in 1916. It was popular during the First World War and tells a story of three fictional soldiers on the Western Front suffering from homesickness and their longing to return to "Blighty" - a slang term for Britain.

Fred Godfrey wrote the song with Bennett Scott and A.J. Mills after passing a music hall in Oxford where a show called Blighty was showing. He recounts: "One of us suddenly said “What an idea for a song!” Four hours later it was all finished, and the whole country was singing it soon afterwards. I got — not very much.

The chorus lyric "Take me back to dear old Blighty/Put me on a train to London town" was included in The Oxford Dictionary of Quotations. [Wikipedia}

This arrangement is for Brass Band with optional Piano part (not on the score) and Vocal Lead Sheet.

The MP3 was recorded with NotePerformer 3. 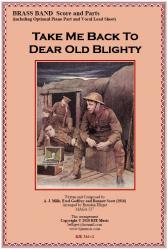 Reviews of Take Me Back To Dear Old Blighty - Brass Band