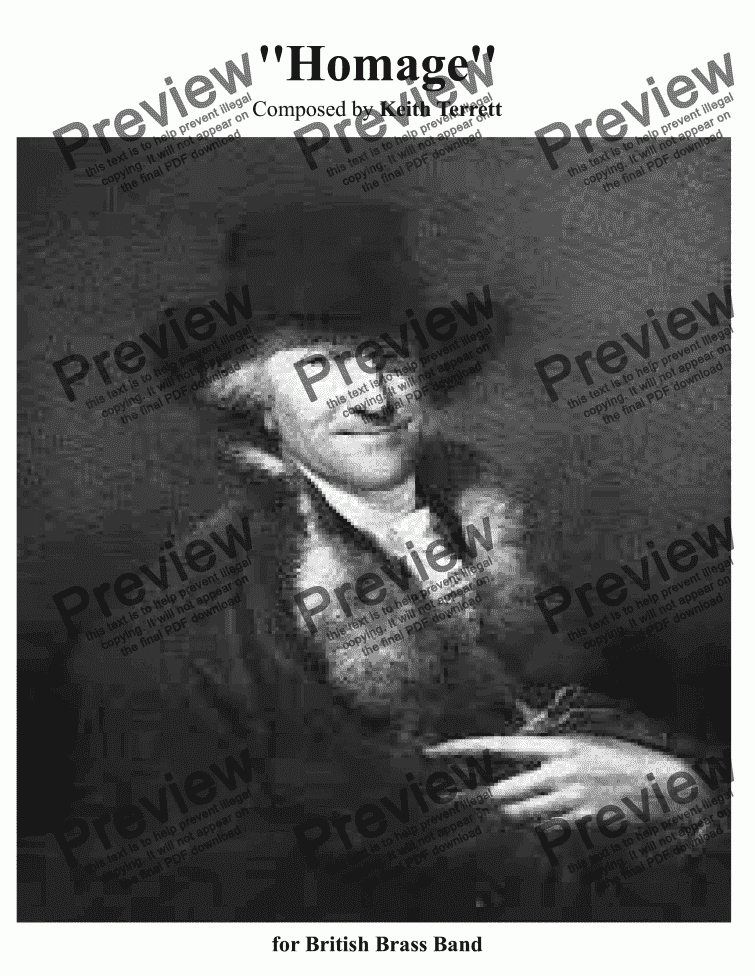 Composer
Keith Terrett
Year of composition
2010
Publisher
Music for all Occasions
Difficulty
Difficult (Grades 7+)
Duration
4 minutes
Genre
Classical music
License details
For anything not permitted by the above licence then you should contact the publisher first to obtain permission.

An original work for composed for British Brass Band; dedicated to the enfindsam style composers of the Classical period.