The Battle Eve Duet -Trombone and Euphonium with Concert Band

(from a Vocal Duet for Tenor and Bass with Piano Accompaniment)) 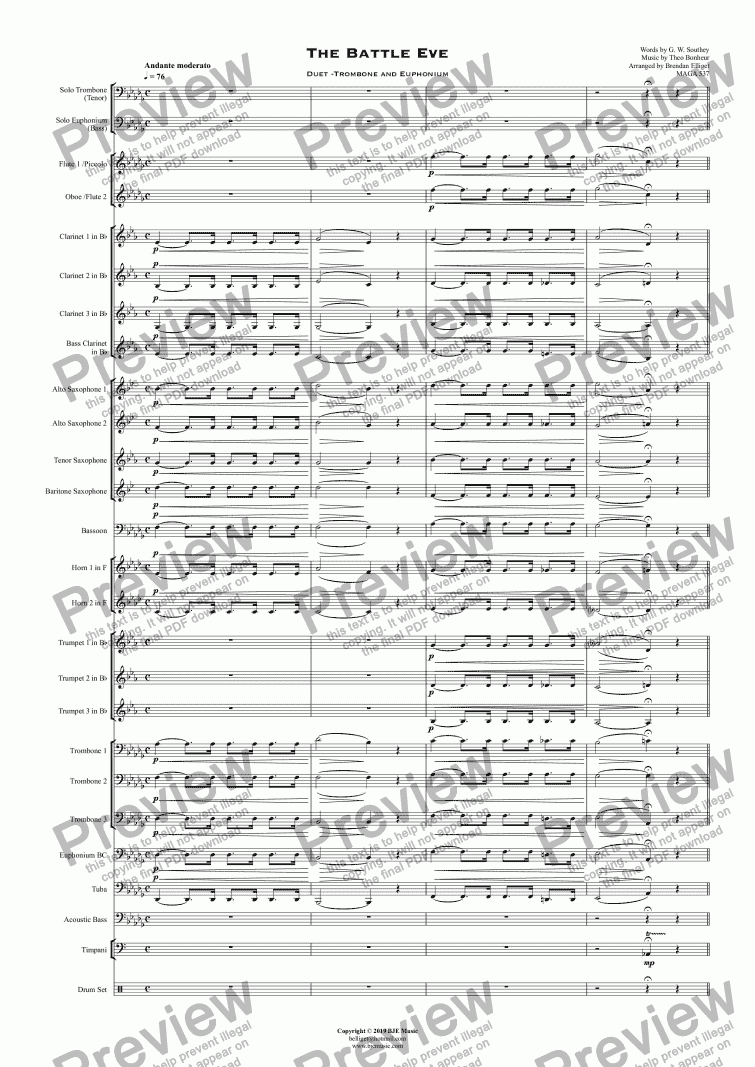 Originally a vocal duet entitled 'The Battle Eve' was composed by Theo Bonheur with lyrics written by GW Southey. The song had been written for performances by bass and tenor vocal duet.

The song begins: " Dark the shades of night are growing, keen and chill the wind is blowing, bright the watchfire lights are glowing, 'Tis the battle eve…"

The piece appears to have been composed in the early 1890s with the first recorded performance at the Athenaeum in Melbourne (Australia) in May 1893. ‘The Battle Eve’ was very popular during the First World War period with many performances at many concerts related to the war effort in Australia. This included patriotic concerts held across Australia during 1914. The first of these was a patriotic concert held at the School of Arts, South Grafton, New South Wales, on Tuesday 1 September 1914. Miss Eva Beatson performed the song with proceeds from the evening totaling 52 pounds. [https://www.awm.gov.au/collection/C230950]

The arrangement here is for Trombone (Tenor) and Euphonium (Bass) Duet with Concert Band accompaniment. The MP3 was recorded with NotePerformer 3. There are parts for the Solo Euphonium in BC and TC. 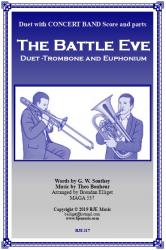