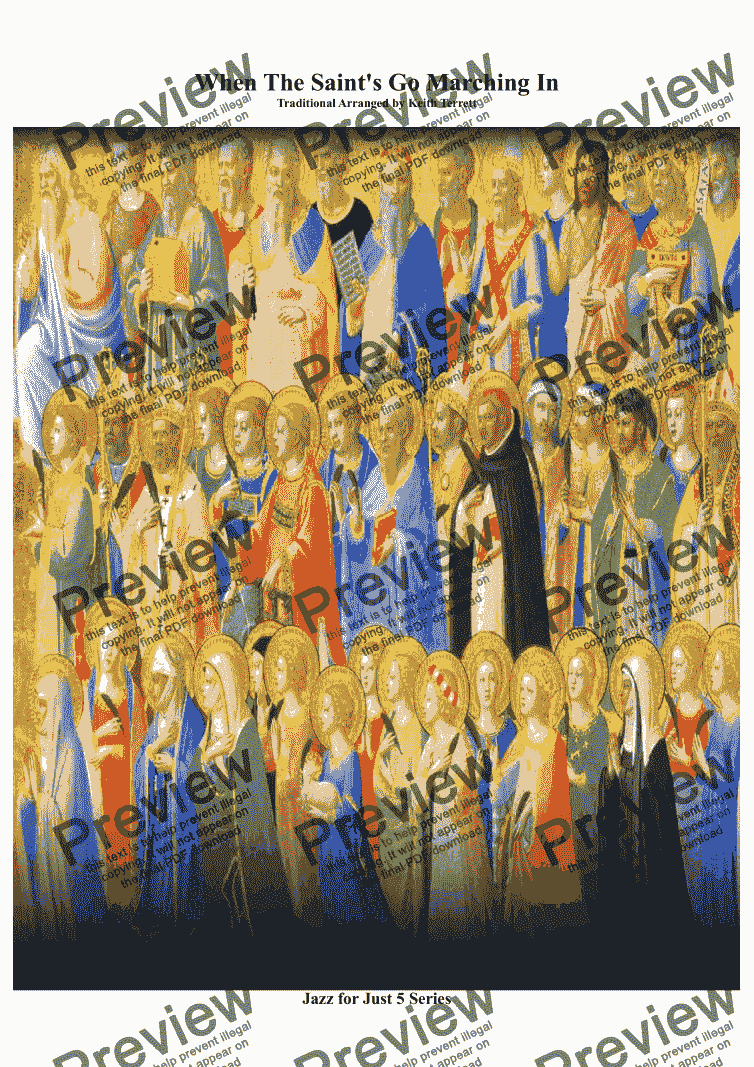 Price:
(+ VAT when applicable. Price is for score onlyPrice is for score and complete set of 26 parts)
Note: The publisher requires a minimum purchase of 1 licenses
Change currency...
You are purchasing high quality sheet music PDF files suitable for printing. You are purchasing a this music. Be sure to purchase the number of copies that you require, as the number of prints allowed is restricted.

A flexible band arrangement of ''When the Saints Go Marching In''.

The earliest versions were slow and stately, but as time passed the recordings became more rhythmic, including a distinctly uptempo version by the Sanctified Singers on British Parlophone in 1931. Even though the song had folk roots, a number of composers claimed copyright in it in later years, including Luther G. Presley and Virgil Oliver Stamps, R. E. Winsett. The tune is particularly associated with the city of New Orleans. A jazz standard, it has been recorded by a great many jazz and pop artists.

The beauty of this series is the fact that the chart will work with just 5 players, if you distribute parts 1 to 5 evenly.

In addition, my super ''Jazz for 5'' series has parts for beginners for all instruments.

There is a drum kit part, plus if you have more percussionists than you can cope with; there are battery parts for snare drum, cymbals & bass drum!

The Timpani part is optional.

There are other titles in this series such as: 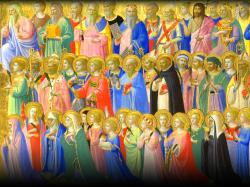