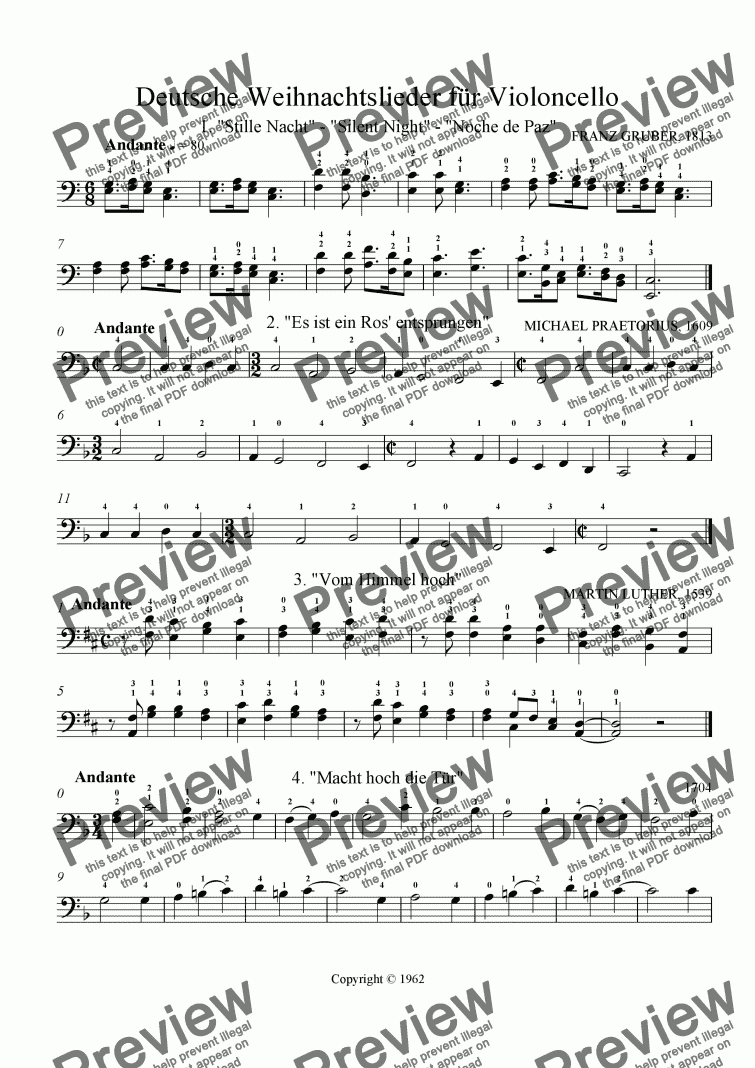 It was a tradition in our family for us children to recite a poem on Christmas Eve standing next to the tree lit up with real (yes, I say, real) wax candles and decorated with colourful and delicate glass spheres, even cookies and tinsel, and a star or glass finial on its top. At one point of our ages we had to tell the biblical account of Jesus� birth from St. Luke, 2, 1-20, word by word by heart.

Once I had a fairly decent command of the violoncello, I decided to come up with some Christmas Carols. While they were readily available for violin or recorder players, I had to transcribe them from treble to bass clef and edit them with fingering, which I did on 15 November 1962. For whom double stops are still difficult or uncomfortable, he/she may play the first cello part from the duet versions instead (which, by the way, are adequate for church services). I tried to keep everything as simple as possible and to stay mostly within the first position and writing only in bass clef. However, I presented No. 5 in C major, which is easier to play than the original E flat major of No. 7 (repeated as duets in Nos. 10, in its original key, and 11, transposed). I provided versions one octave higher (Nos. 6 and 15, respectively) of Nos. 2 and 14 for those able to master more than the first position. Since I composed the second voice of No. 3 myself, I took some liberties with it in duet No. 9. It is important to play with a clean sound and pay attention to the STRUCTURE of the pieces, which is basically the �Lied� form.