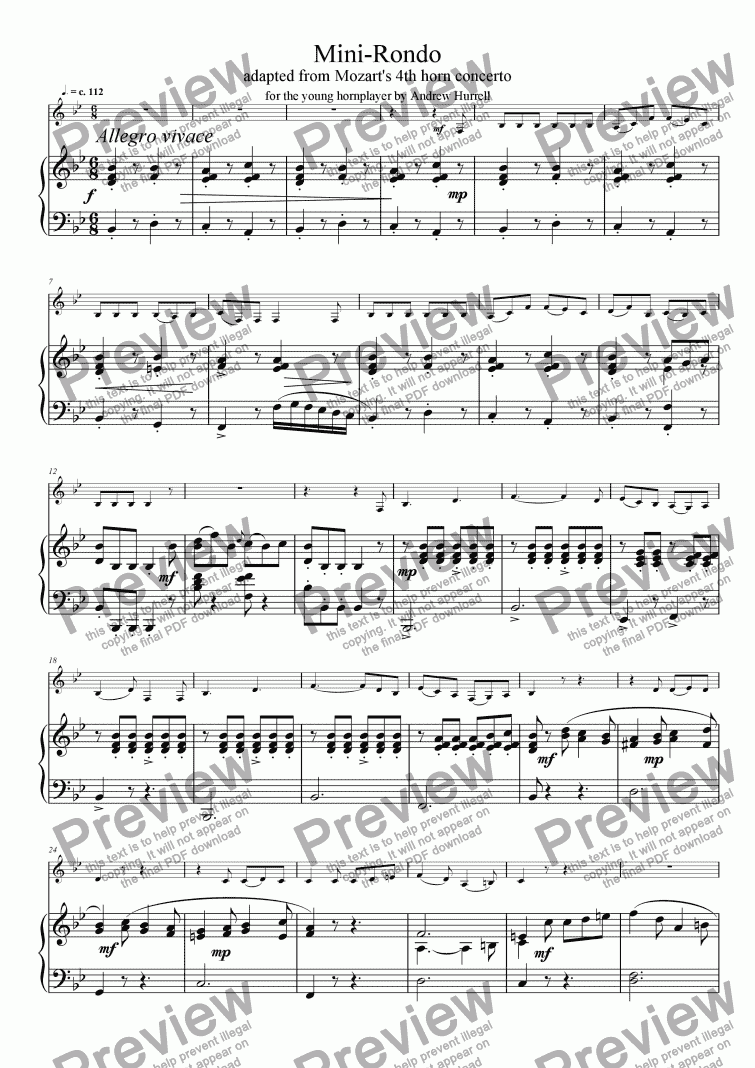 The Mini-Rondo was written in 2000 for my home-educated son Cem to play at his audition for the Purcell School, Bushey, England, UK, when he was seven years old. He passed the audition, but instead of attending the Purcell School he became a Chorister at St Paul’s Cathedral, in the City of London, until he was thirteen. He started playing the horn (french horn) at the age of seven after three weeks of rapid progress on the tenor horn using my beginners’ exercise material called BRASS ROOTS. He played on my 1975 Paxman single Bb/A horn, which is an ideal beginners’ horn in some ways as it weighs very little, but we had to solder extensions on all the levers so that he could work the valves!

In order to submit this score to ScoreExchange.com Andrew Hurrell has declared that they own the copyright to this work in its entirety or that they have been granted permission from the copyright holder to use their work. If you believe that this score should be not available here because it infringes your or someone elses copyright, please report this score using the copyright abuse form.