Sign in / Register
HomeInstrumentationsPop groupSong 791 Purple is a Fine Shroud

Song 791 Purple is a Fine Shroud

The Nika Revolt in Old Constantinople 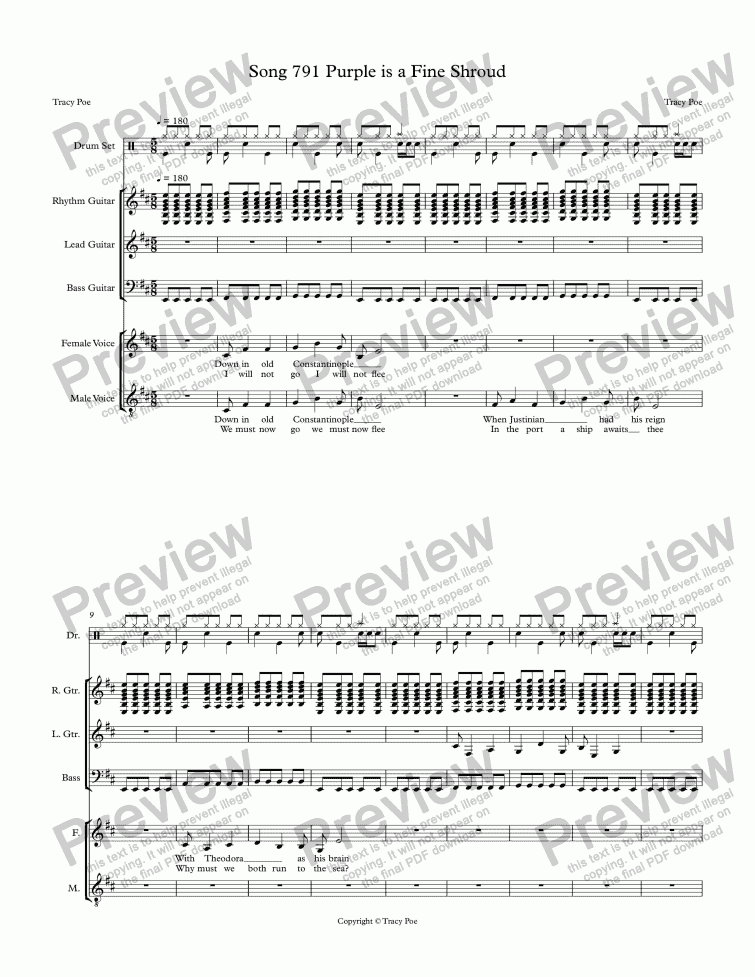 Song 791 Purple is a Fine Shroud

Inside the walls of Constantinople Justinian was so ready to leave But Theodora would not even flee Gathered at the Hippodrome were people All the rioters packed in for the show Greens were ready to deal the final blow Blue and green unite to throne green you know Though reluctant the usurper did be The title of king was thrust upon he A ruckus crowd chased him through city streets Hypatius was then carried to his fate To lead the greens in revolt on this date Justinian had ships waiting to flee But the queen just would not leave the city She would rather die than not be called queen Saying a purple death shroud looks pretty Theodora: I will not go I will not flee Justinian: we must now go we must now flee Justinian: In the port a ship awaits thee Theodora: Why must we both run to the sea? Both: I hear them all call victory Theodora: While the city burns viciously Justinian: For five days now I have thus seen Justinian: I dismissed my ministers three Justinian: Still they try to overthrow me Theodora: Still they try to overthrow thee Both: Not green or blue calls out the crowd Both: Nika is the deafening sound Theodora: I can’t bear the loss of the crown Justinian: We must bear the loss of the crown Theodora: Royal purple makes a fine shroud

So Justinian came up with a ruse Narsus the eunuch took gold to the blues Reminded them that Hypatius was green And that loyal to the blues he had been Paid off with the gold the blues left the scene Trapped in the hippodrome were all the greens When Belisarius came on the scene Also Mundus and his soldiers did bring And then slayed thirty thousand of the greens And thus ended the usurpers regime. So that is how Justinian saved face Kept hold of his throne and ruled in life’s race But Theodora was his saving grace Nothing would do only her rightful place Take an example from this female case A woman’s backbone is a solid base

In order to submit this score to ScoreExchange.com Tracy Poe has declared that they own the copyright to this work in its entirety or that they have been granted permission from the copyright holder to use their work. If you believe that this score should be not available here because it infringes your or someone elses copyright, please report this score using the copyright abuse form. 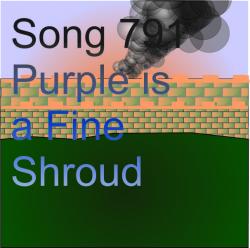 Reviews of Song 791 Purple is a Fine Shroud