The Grand Old Duke of York 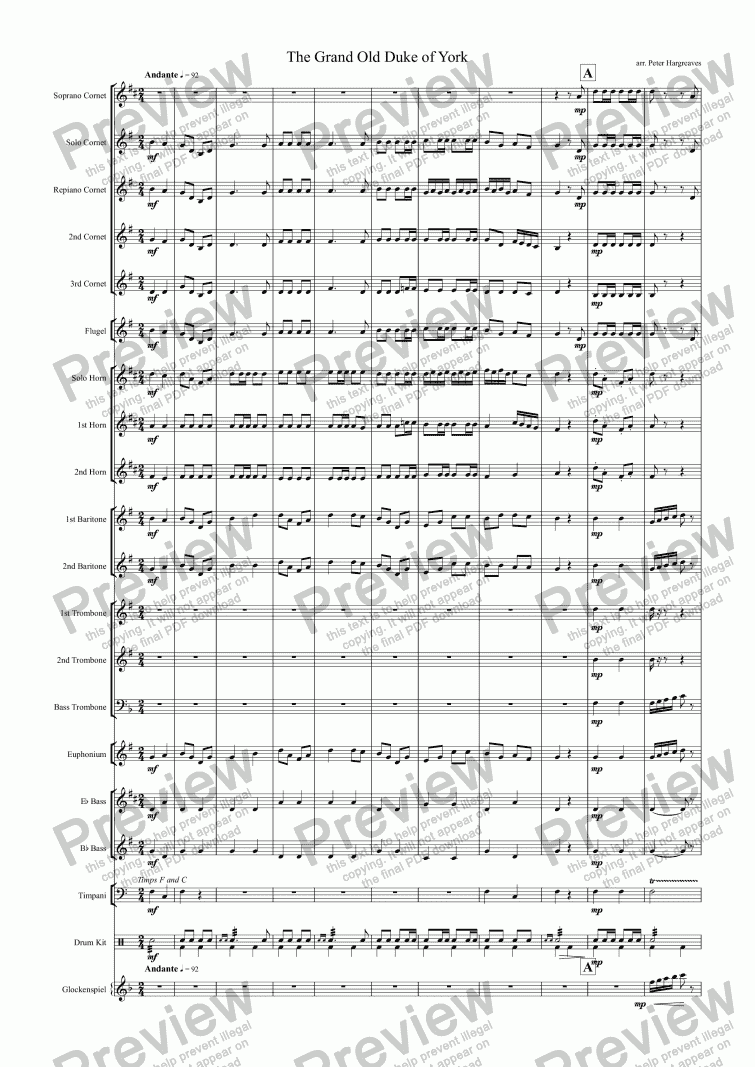 Price:
(+ VAT when applicable. Price is for score onlyPrice is for score and complete set of 20 parts)
Note: The publisher requires a minimum purchase of 1 licenses
Change currency...
You are purchasing high quality sheet music PDF files suitable for printing. You are purchasing a this music. Be sure to purchase the number of copies that you require, as the number of prints allowed is restricted.

Some say it refers to Richard of York, the father of Edward IV and Richard III. In December 1460, he “gave battle in vain” at Wakefield during the Wars of the Roses, and was killed by the Lancastrians.

However, a more likely candidate is Frederick, Duke of York, the second son of King George III. Frederick was Commander-in-Chief of the British Army for much of the Napoleonic Wars (except for a brief period when he resigned after his mistress was found to be taking bribes to influence the appointment of officers).

In 1794, he led an army in an unsuccessful campaign against the French in the Low Countries – and it’s probably this campaign to which the nursery rhyme alludes.

Though he showed little talent as a general, Frederick was an able administrator, and made a number of important reforms to the Army, improving the lot of the common soldier. He’s commemorated by a statue on a granite column at Waterloo Place in London.

In order to submit this score to ScoreExchange.com Peter Hargreaves has declared that they own the copyright to this work in its entirety or that they have been granted permission from the copyright holder to use their work. If you believe that this score should be not available here because it infringes your or someone elses copyright, please report this score using the copyright abuse form.

Reviews of The Grand Old Duke of York