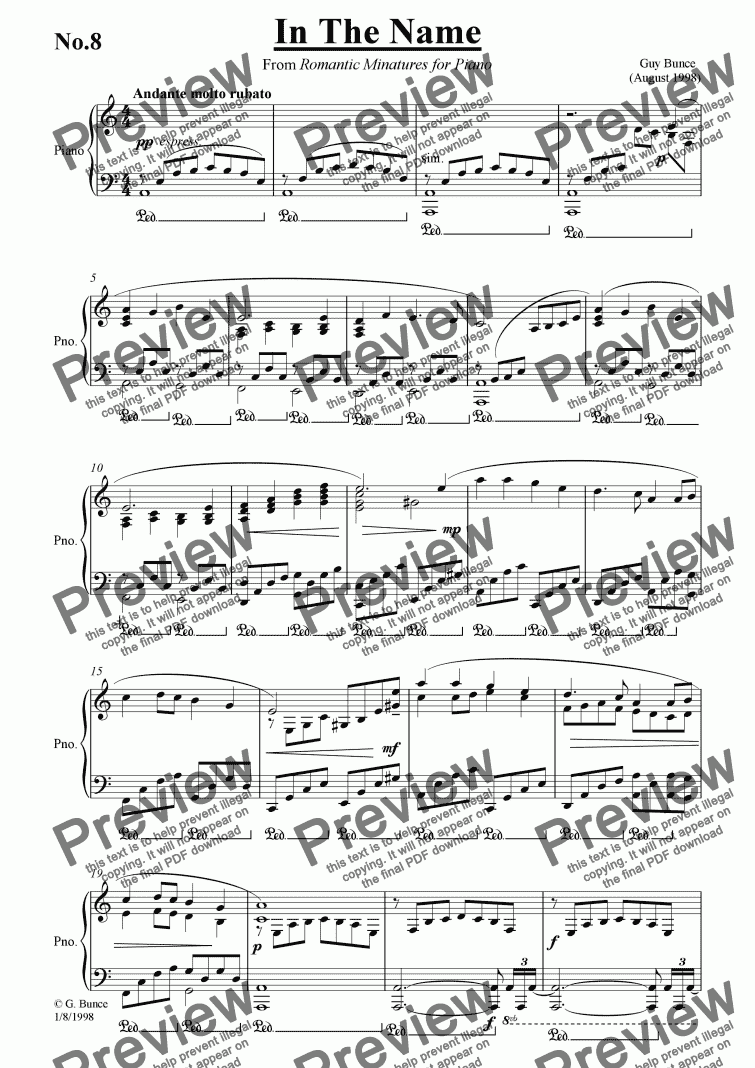 'In The Name' was written in August 1998 for Louise Taylor and was subsequently grouped into the set of piano pieces called 'Romantic Miniatures for Piano.' The piece uses a simple musical code in which each letter of the alphabet is attributed to a note: A=a, B=b, C=c, D=d, E=e, F=f, G=g, H=a, I=b, J=c etc. etc. Interestingly, Elgar used the same system to create the theme for his Engima Variations (if interested, please email me for my essay 'Cracking the Enigma'). Using Louise's name, I created a note row (see bottom of 2nd page) which then became the focus for the piece. The piece was first performed in 1999 (from which the recording was taken).

Reviews of 8: In The Name