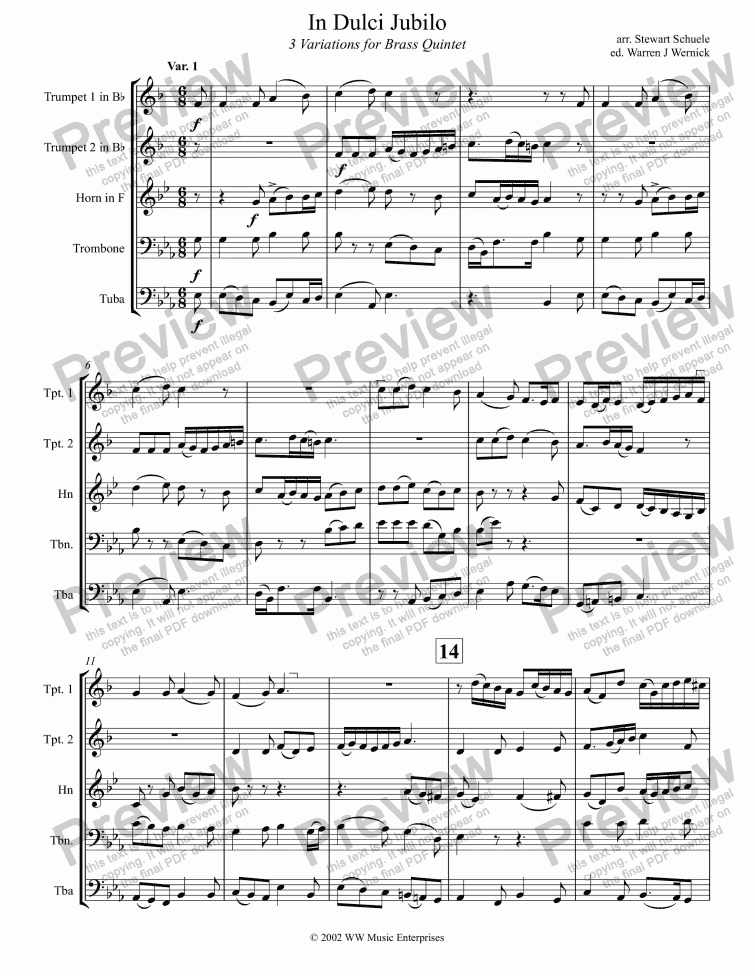 This is an arrangement of the Fourteenth-century German/Latin macaronic carol Nun singet und seid froh by Heinrich Suso. In Dulci Jubilo is among the oldest and most famous of the "macaronic" songs, one which combines Latin and a vernacular language such as English or German. Five hundred years later, this carol became the inspiration for the 1853 English paraphrase by John Mason Neale, Good Christian Men, Rejoice.

The tune itself first appeared in a manuscript in Leipzig University Library (Codex 1305) around 1400 (which also contained the earliest version of 'Joseph, lieber Joseph mein'); some version of the song itself may have existed prior to 1328. It remained well-known and often used by Catholics and Protestants alike throughout the centuries. The 1533 Lutheran hymnal by Joseph Klug, Geistliche Lieder included it with three verses. It also occurred in Michael Vehe's Gesangbuch, which was published at Leipzig in 1537. In 1545, another verse was added between the last two: "O Patris caritas!" was likely written by Martin Luther and included in Valentin Babst's Geistliche Lieder (Leipzig).

This is an excellent and effective arrangement patterned somewhat after the settings of this melody by Michael Praetorius and Samuel Scheidt.

In order to submit this score to ScoreExchange.com Warren Wernick has declared that they own the copyright to this work in its entirety or that they have been granted permission from the copyright holder to use their work. If you believe that this score should be not available here because it infringes your or someone elses copyright, please report this score using the copyright abuse form.

Reviews of In Dulci Jubilo