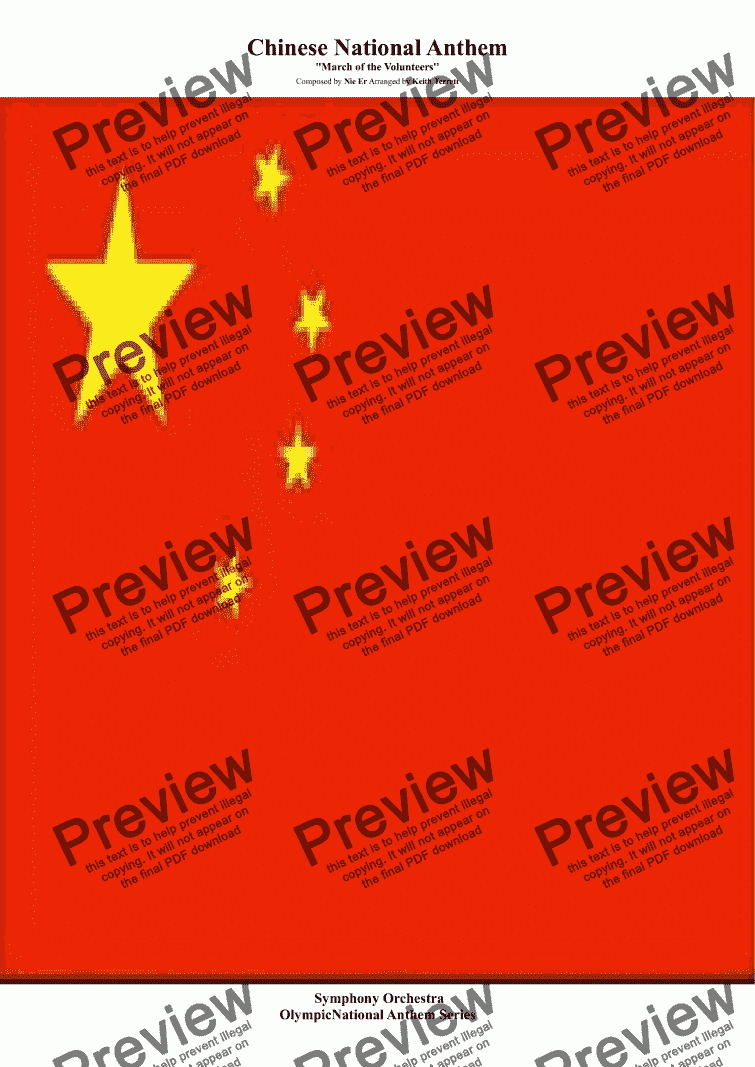 An arrangement of the national anthem of China arranged for Symphony Orchestra. There are alternative versions for Brass Quintet & String Orchestra in my stores.

The "March of the Volunteers" is the national anthem of the People's Republic of China, including its special administrative regions of Hong Kong and Macau. Unlike most previous Chinese state anthems, it is written entirely in the vernacular, rather than in Classical Chinese.

Its lyrics were composed as a dramatic poem by the poet and playwright, the Japan-educated Tian Han in 1934 and set to music by Nie Er from Yunnan Province the next year for the film Children of Troubled Times. It was adopted as the PRC's provisional anthem in 1949 in place of the "Three Principles of the People" of the Republic of China and the Communist "Internationale". When Tian Han was imprisoned during the Cultural Revolution in the 1960s, the march was briefly and unofficially replaced by "The East Is Red", then played without words, then played with altered words. Restored to its original version, the "March of the Volunteers" was raised to official status in 1982, adopted by Hong Kong and Macau upon their restorations to China in 1997 and 1999, respectively, and included in the Chinese Constitution's Article 136 in 2004 (Article 141 in 2018). 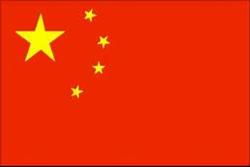 What a super arrangement of March of the Volunteers, just love the writing in the fanfare with the polophony.

Would love to hear Mr Terrett's anthems played during the next olympics!