By: Various
For: Large mixed ensemble
This music is in your basket
View basket
Loading... 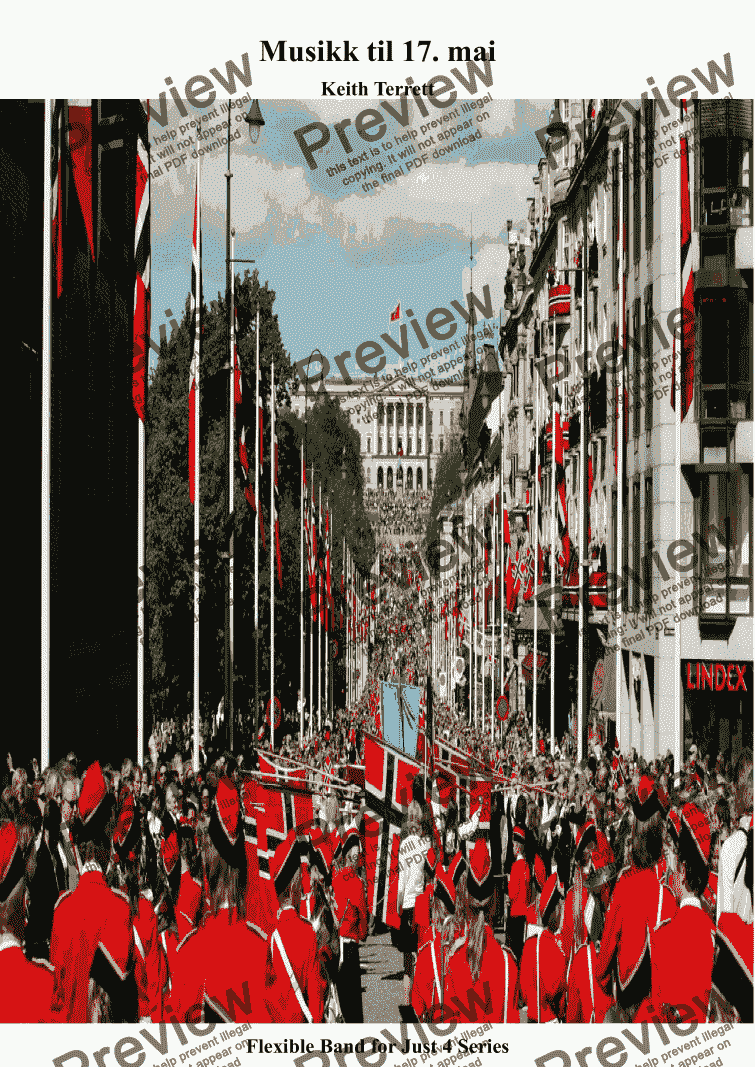 By: Various
For: Large mixed ensemble

Composer
Various
Year of composition
2006
Arranger
Keith Terrett
Year of arrangement
2020
Publisher
Music for all Occasions
Difficulty
Easy (Grades 1-3)
Duration
9 minutes
Genre
Other
License details
For anything not permitted by the above licence then you should contact the publisher first to obtain permission.

A new arrangement of music especially for ’’National Day’’ in Norway, which falls on the 17th of May each year.

Bands all over the land march around their towns and villages, in celebration of Norway’s independence from Sweden.

These arrangements will work very well with just four players. As long as you cover all four parts, you are guaranteed a very rich and full-sounding arrangement.

If you have some percussion players to augment your group, it will sound even better.

This arrangement comes with parts for flexible band.

If you are interested in other music for brass, have a look at my Norwegian publisher’s web site, for my set of ’’7 Julesangs’’, for Brass Quartet, Flexible Band and Piano:www.musikk-huset.no

If you require other parts, e-mail me your requirements, and I will up-load parts to my Sibelius store within 24hrs: keithterrett@gmail,com

Reviews of Nasjonaldag musikk for syttende mai for Flexible Band/Korps

Kudos to you Mr. Terrett, a fine set of music which deserves to do well with korps in Norge!

Great arranging here by Keith, a fantastic set of music including marches, Ja vi elsker and much more; which is flexible and works for a small ensemble of just 4!