By: Edvard Grieg
For: Solo Vibraphone + piano
This music is in your basket
View basket
Loading... 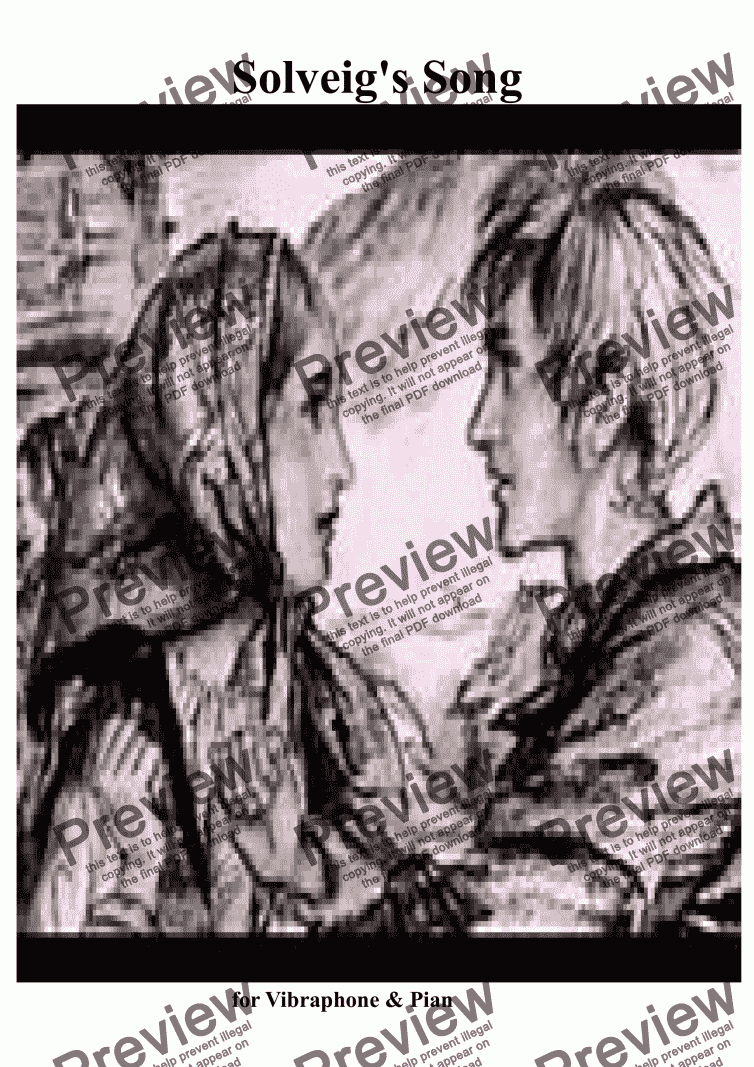 Composer
Edvard Grieg
Year of composition
1875
Arranger
Keith Terrett
Year of arrangement
2007
Publisher
Music for all Occasions
Difficulty
Moderate (Grades 4-6)
Duration
2 minutes
Genre
Classical music
License details
For anything not permitted by the above licence then you should contact the publisher first to obtain permission.

An arrangement of Solveig's Song for Vibraphone & Piano.

Solveig is a central character in the play Peer Gynt by Henrik Ibsen. She sings the famous "Solveig's Song" in Edvard Grieg's musical suite of the same name. Ibsen uses sun imagery in association to the character (scene 10, act 5), indicating that Ibsen may have favored the idea that the name is etymologically associated with the sun. There is also a female central character in the Argentine novelist Leopoldo Marechal's Adán Buenosayres named Solveig Amundsen. Furthermore, Solveig is the main character and narrator of Matthew J. Kirby's Icefall.

Peer Gynt, Op. 23, is the incidental music to Henrik Ibsen's 1867 play of the same name, written by the Norwegian composer Edvard Grieg in 1875. It premiered along with the play on 24 February 1876 in Christiania (now Oslo).[1]