The Ballad of Steam 1st movement 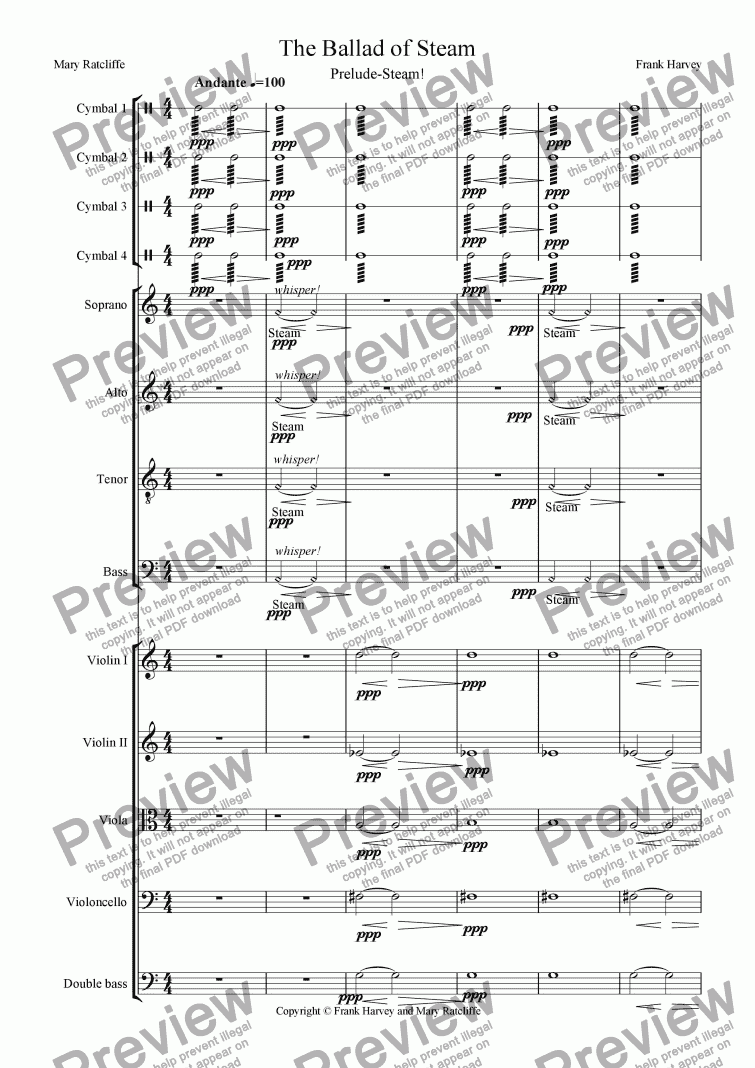 This is the first movement of the cantata The Ballad of Steam. It is a setting of a poem by the Swindon poet Mary Ratcliffe, which was written both as a reflection upon the 150th anniversary of the founding of the Great Western Railway, its subsequent history, and the fact that the year of this anniversary, 1985, was also the year of the closure of the Swindon Rail workshops.

Reviews of The Ballad of Steam 1st movement