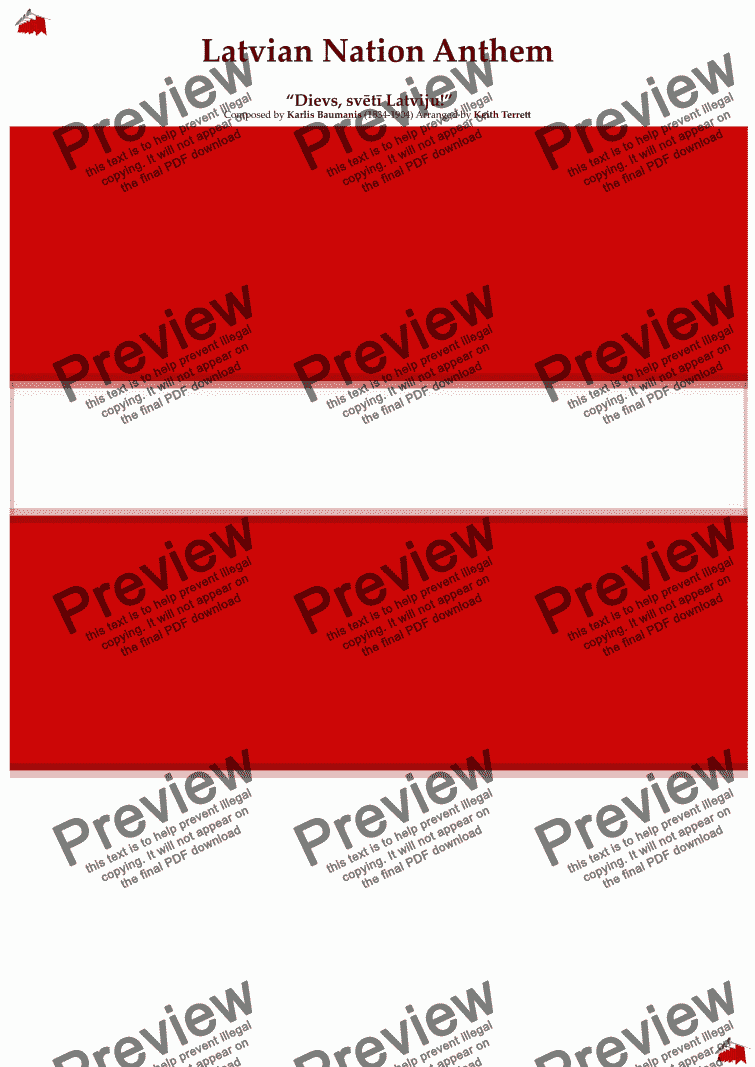 The music and lyrics were written in 1873 by Kārlis Baumanis, a teacher, who was part of the Young Latvian nationalist movement. It has been speculated that Baumanis may have borrowed part of the lyrics from a popular song which was sung to tune of God Save the Queen, modified them and set them to music of his own. Baumanis's lyrics were different from the modern ones: he used the term "Baltics" synonymously and interchangeably with "Latvia" and "Latvians", so "Latvia" was actually mentioned only at the beginning of the first verse. Later the term "Latvia" was removed and replaced with "Baltics" to avoid a ban on the song. This has led to the misapprehension that the term "Latvia" was not part of the song until 1920, when it was chosen as national anthem and the word "Baltics" was replaced with "Latvia".

The anthem's tune was modernized with a new F major version that is used since 2014, formerly a G major version was used on LTV's sign-on and sign-offs daily from 2011 up to 2013.