By: Alexandru Cristea (1890–1942)
For: Orchestra
This music is in your basket
View basket
Loading... 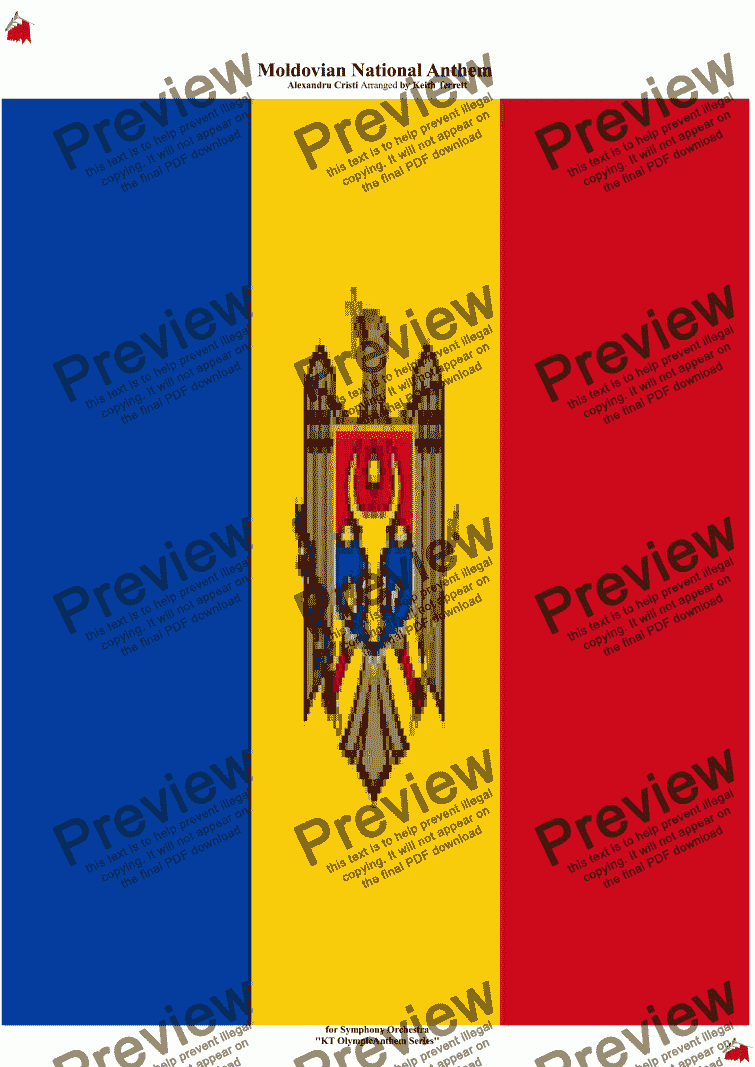 Composer
Alexandru Cristea (1890–1942)
Year of composition
1942
Arranger
Keith Terrett
Year of arrangement
2019
Publisher
Music for all Occasions
Difficulty
Moderate (Grades 4-6)
Duration
1 minute
Genre
Classical music
License details
For anything not permitted by the above licence then you should contact the publisher first to obtain permission.

The national anthem of Republic of Moldova (Limba noastră) since 1994, arranged for full Orchestra. There are versions for Brass Quintet & String Orchestra in store. For a short period before that, the official anthem of the country was Deşteaptă-te, române!, which is also the national anthem of Romania. The lyrics were written by Alexei Mateevici (1888-1917) a month before his death. Mateevici contributed significantly to the national emancipation of Bessarabia. The music for the anthem was composed by Alexandru Cristea (1890-1942). There are alternative versions for Brass Quintet & String Orchestra in my stores Uniquely among national anthems, the focus of "Limba noastră" is language, in this case, the national one of Moldova, Romanian (also known as "Moldovan" in Moldova). It calls for the people to revive the usage of their native language. The poem does not refer to the language by name; it is only called poetically "our language".