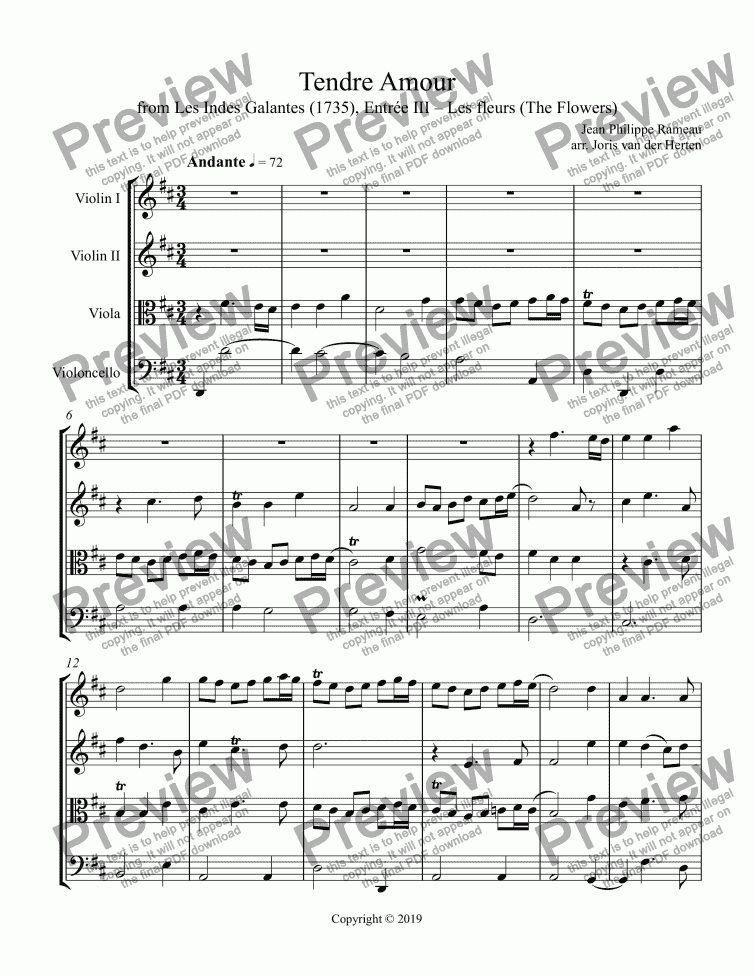 Les Indes Galantes (French: "The Amorous Indies") is an opera by Jean-Philippe Rameau with a libretto by Louis Fuzelier. It takes the form of an opéra-ballet with a prologue and (in its final form) four entrées (acts). Following an allegorical prologue, the four entrées have distinct and separate plots, but are unified by the theme of love in "exotic places" (The Ottoman Empire, Peru, Persia, and North America). The work displays the racism and cultural superiority of orientalism, the 18th and 19th century tendency of Europeans to both sentimentalize and infantilize non-European peoples and cultures. At its 1735 premiere, the work was designed to represent the triumph of French Enlightenment order over the “other,” depicting a series of stories of love and virtue set in exotic realms. (“Indes” was, at the time, a term used to describe all non-European locales.)

Its score is among Rameau’s most voluptuously colorful and vibrant. To audiences today, however, its cast of Turkish, Peruvian, Persian and Native American characters can seem hopelessly hackneyed. And its French-gallantry-conquers-all plot can come across as propaganda for colonialism. (One of the acts is called “The Savages.”)

The scene revolves around two Persian men; each falls in love with the other’s female slave. “Love is necessary in slavery,” says one of the masters. “It sweetens the hardship.” The libretto is full of offensive moments like this. Can “Les Indes Galantes” subvert the ideology it was written to uphold?