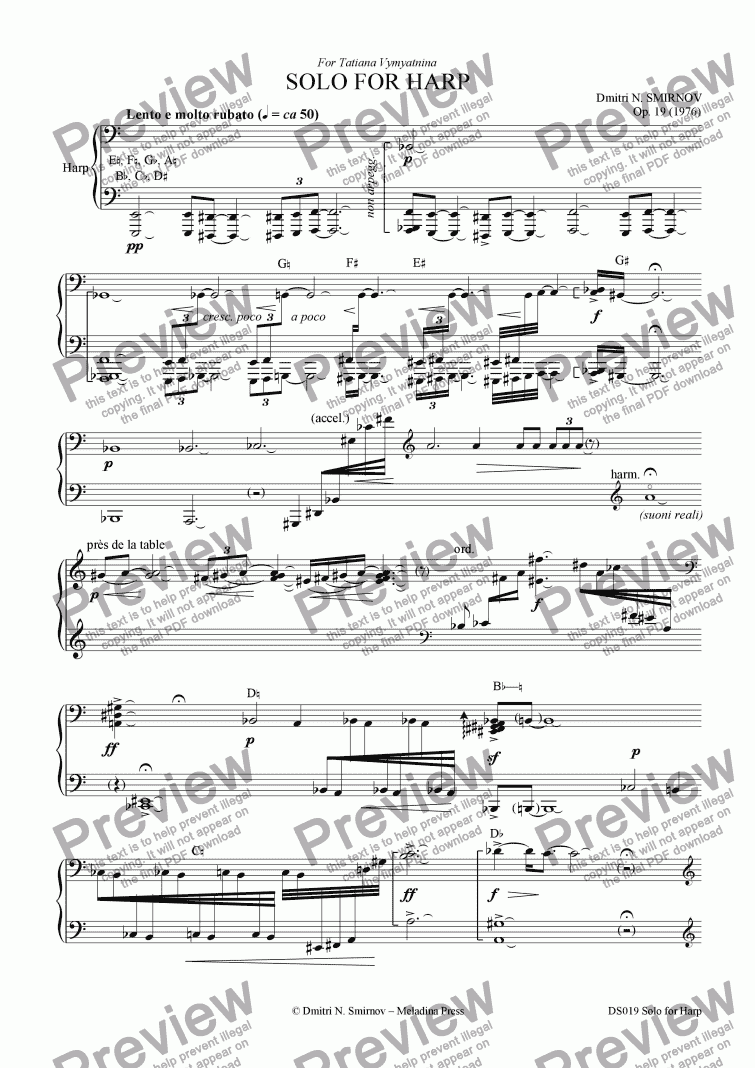 SOLO FOR HARP op19 (1976) 6�. The harpist Tatiana Vymyatnina, that time still a student of professor Vera Dulova, asked me to write a solo concert piece for the International Week of Harp 1996 in Maastricht (Holland) where she was going to participate. I was glad to such an opportunity, and used in the piece all my knowledge about this rather unusual musical instrument. The piece is based on two contrast themes: the first waves-like, slow and gloomy, and the second dream-like, more exquisite and romantic. The development brings both of the ideas to the climax followed by the slow recapitulation. The piece is dedicated to its first performer Tatiana Vymyatnina. Unexpectedly, there in Holland was a competition too, where Tatiana won the first prize for the presentation of a new solo piece. This prize was divided between the player and composer. So suddenly I became a laureate of the International Composers' Competition. The piece became extremely popular. It was played by Vera Dulova, Nadezhda Tolstaya, Olga Ortenberg-Rakitchenkova and many other famous artists. The piece was published by two Moscow Publishers and recorded on LP and CD in Russia and USA.

Reviews of SOLO FOR HARP op19