By: Giovanni Gastoldi
For: String quintet
This music is in your basket
View basket
Loading... 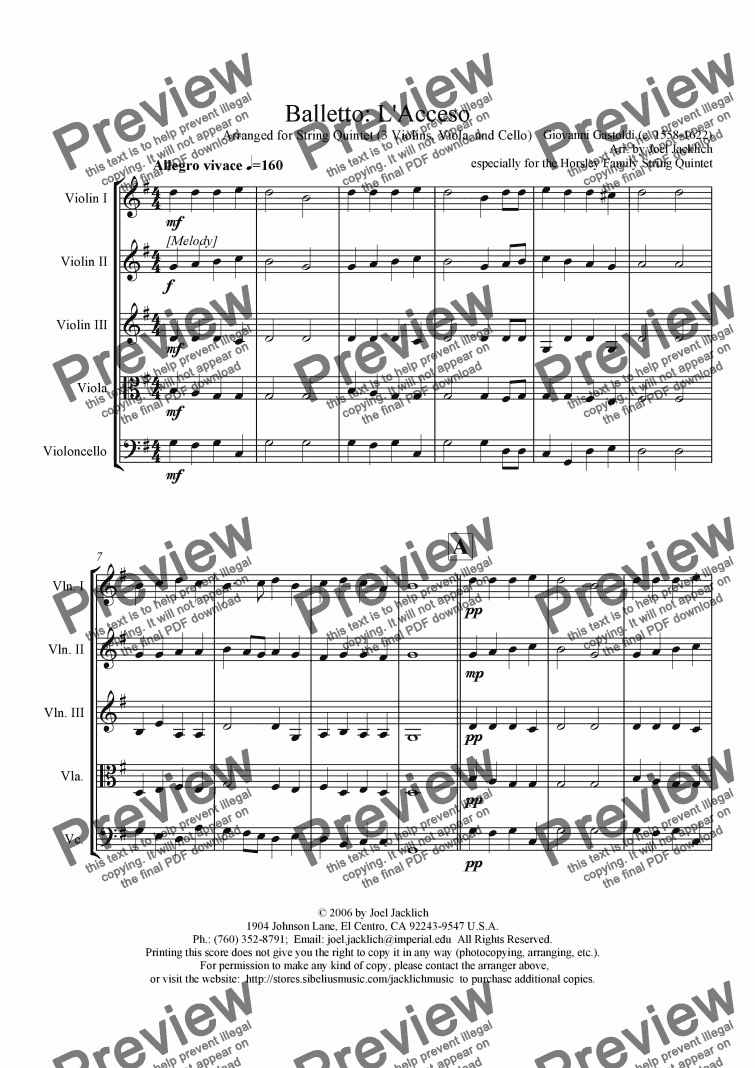 By: Giovanni Gastoldi
For: String quintet

My most recent arrangement for the Horsley Fammily String Ensemble is an easy Renaissance piece: L'Acceso by Giovanni Gastoldi (1556-1622). It is a balletto, which is a happy song, a vocal piece often about love or describing a pastoral scene with shepherds and nymphs, and containing a refrain ending with a series of nonsense syllables (usually a series of fa-la-las, diri-diri-downs, or hay-nonny-nonnies).

As the term "balletto" might suggest, although a vocal piece, it originated as a dance/song. And, although it is a vocal work, it was quite common in the Renaissance to have some or all of the parts played instrumentally. It could have been done with all singers (one to a part) unaccompanied (a cappella), or one singer on the melody and four instrumentalists on the other parts, or, as arranged here, strictly as an instrumental piece.

Music was considered a social grace. Everyone was expected to read music, sing, play an instrument, and dance. Anyone lacking those skills sone found himself excluded from most intimate social gatherings.

When one was invited to a home, the host and guests entertained themselves by singing madrigals and balletti, and by playing music on instruments often provided by the host. These instruments were often stored in an elaborately carved or intricately inlaid chest; hence the "chest of viols" or consort of recorders provided the evening's entertainment.