By: Montenegrin folk song Arranged by Keith Terrett
For: Orchestra
This music is in your basket
View basket
Loading... 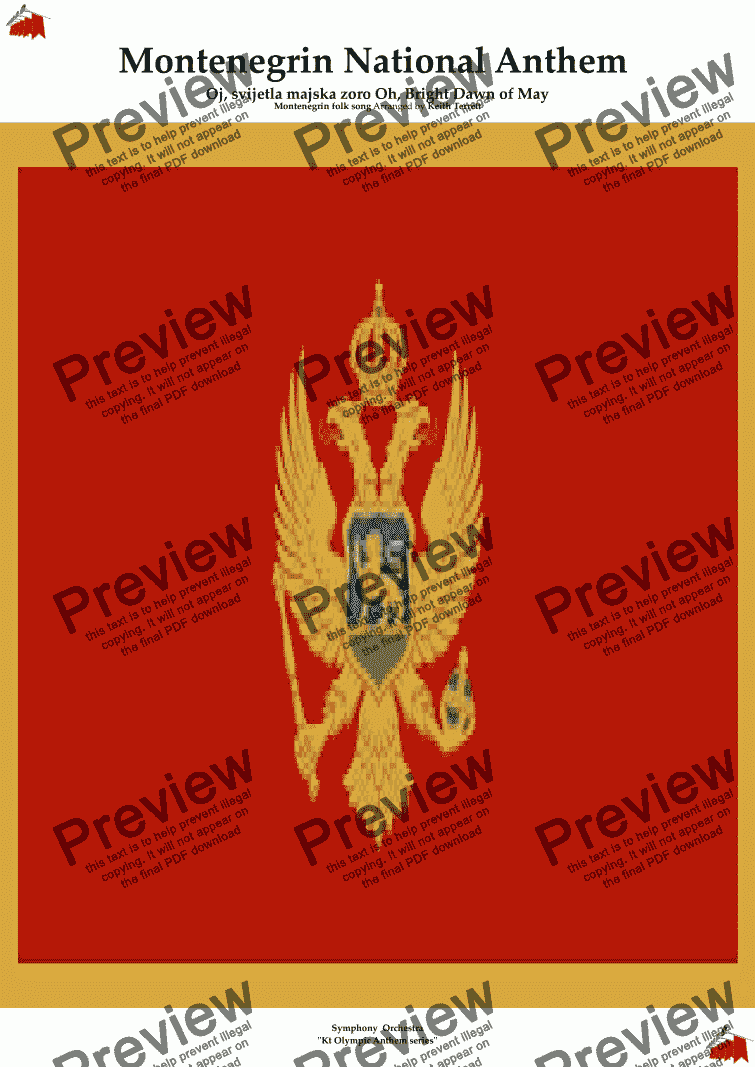 By: Montenegrin folk song Arranged by Keith Terrett
For: Orchestra

Composer
Montenegrin folk song Arranged by Keith Terrett
Arranger
trad
Year of arrangement
2020
Publisher
Music for all Occasions
Difficulty
Easy (Grades 1-3)
Duration
2 minutes
Genre
Classical music
License details
For anything not permitted by the above licence then you should contact the publisher first to obtain permission.

The National Anthem of Montenegro arranged for Symphony Orchestra. There are versions for Brass Quintet & String Orchestra in my on-line stores.

Need an anthem fast? They are ALL in my store! All my anthem arrangements are also available for Orchestra, Recorders, Saxophones, Wind, Brass and Flexible band. If you need an anthem urgently for an instrumentation not in my store, let me know via e-mail, and I will arrange it for you FOC if possible! keithterrett@gmail.com Love national anthems, then join me on twitter, facebook, instagram & soundcloud for frequent updates on my Olympic anthems!