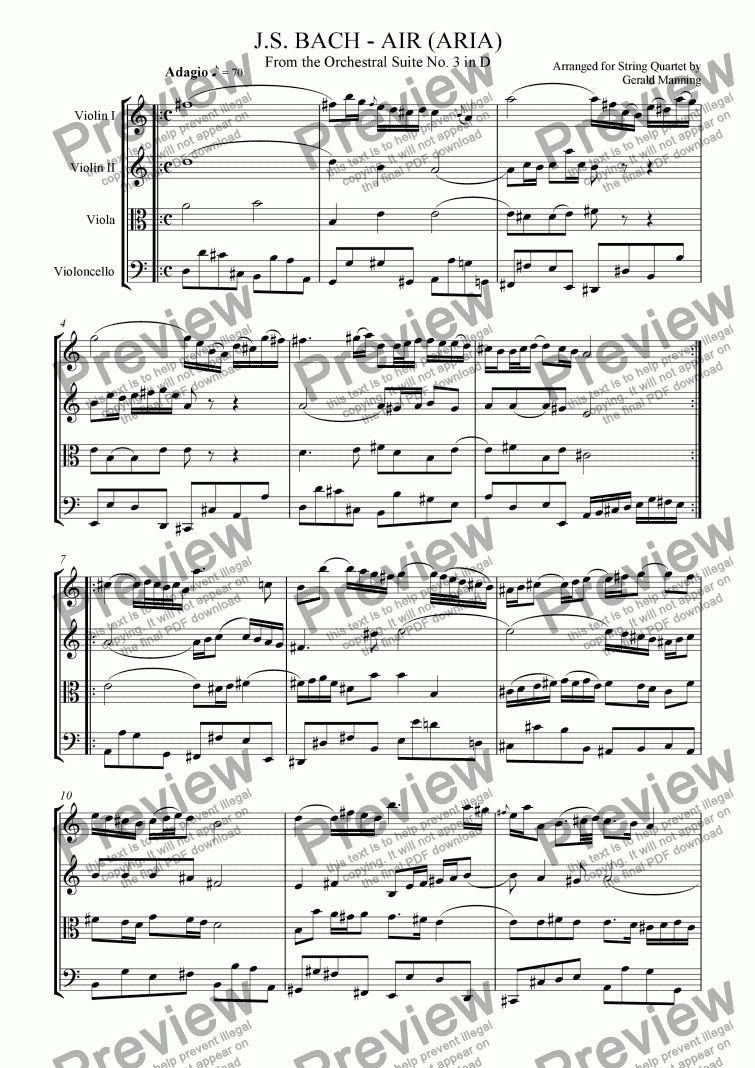 Bach left us four Orchestral Suites but they were not known to him by that name for he called them Overtures instead of Suites or Partitas as was customary in his time where the Introduction played an important part in the style of the piece. But in reality they are Partitas.There have been numerous arrangements of these works including those by Felix Mendelssohn-Bartholdy, a piano arrangement by Giuseppe Martucci and a 4 hand piano transcription of all four Suites by August Horn. By far the most popular movement is the Air or �Aria� from the 3rd Suite made widely known by August Wilhelm in a transcription in C major for violin which he entitled �The Air on the G String�. Strings and piano accompanied the violin. In this arrangement for string quartet I have returned to Bach�s original score. I have left the choice of all dynamic markings to the players as Bach would have done, but the phrasing and slurs are authentic. This series of arrangements for string quartet is aimed at string quartets� that are building a repertoire of incidental popular classics and �easy listening� music for social functions of every kind. In preparation also at the time of writing is a collection of the most popular Hymns taken from the English Hymnal for string quartet with optional chamber organ. From time to time I shall add further pieces thus building the availability of music that is well known to the general public. String quartets should contact me if they have any particular requests, but here I must stress that strict copyright restrictions may apply for certain commissions.