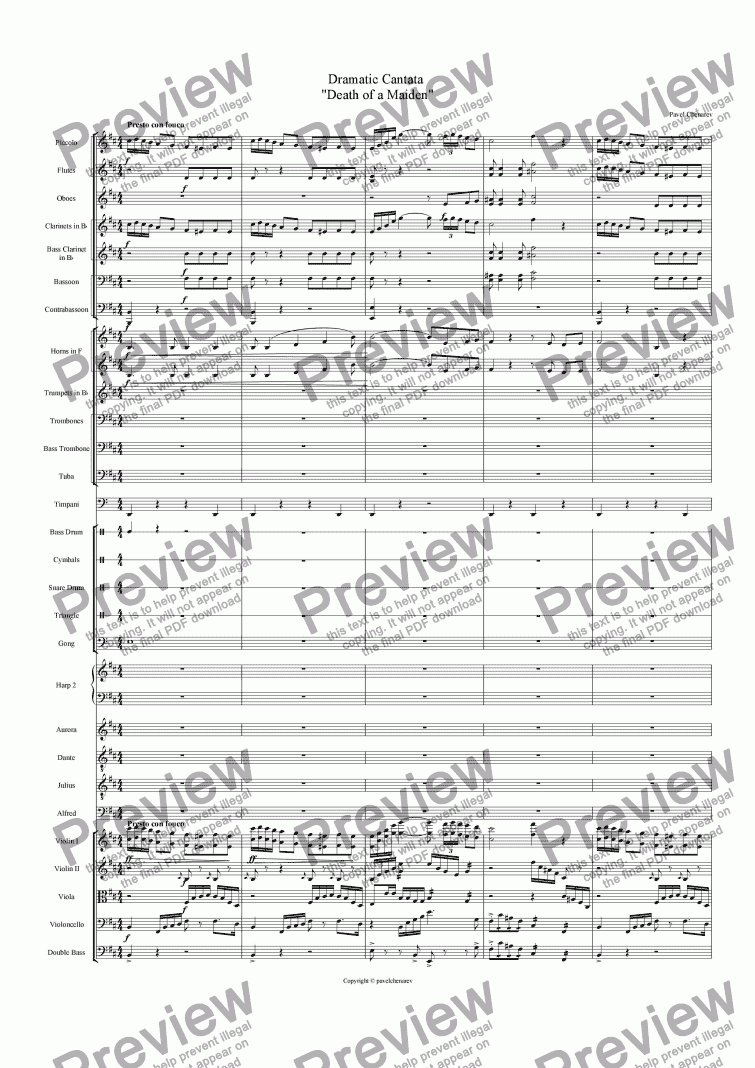 this is rather a short opera. it is based on the last scene of the play "Dowerless Girl" by Ostrovsky. basically what happens in the play is that a girl is marrying a man she doesnt love because of her family's financial position. some time later her lover of the past comes back and seduces her again, he convinces her to run away with him on his cruising boat. after he sleeps with her he tells her that he can not be with her because he is engaged to someone else. this leads into the final scene that i adopted into my own version and wrote the music to. in the last scene she sings of her sadness from the deck of the ship and after her fiance comes to find her. He had found out that she was goign to that ship earlier and had taked a boat there. he tries to convince her to come back to him but she doesnt wnat to and tells him to leave. after some time of begging and arguing he shoots her. hearing a shot her lover and one of her other friends come to see what happened. they all sing a quartet and she dies.

the time of the events is around 1850s and i changed the names form the original text to Aurora, Julius-her fiance. Dante-her lover and Alfred-her childhood friend.

ive worked long and hard on this, i think its one of my best compositions so for but i still might change a few things.

i would greatlyyy appriciate any critisim and feedback or even in someone listened through the whole 22 minutes of it.

In order to submit this score to ScoreExchange.com Pavel Chenarev has declared that they own the copyright to this work in its entirety or that they have been granted permission from the copyright holder to use their work. If you believe that this score should be not available here because it infringes your or someone elses copyright, please report this score using the copyright abuse form.