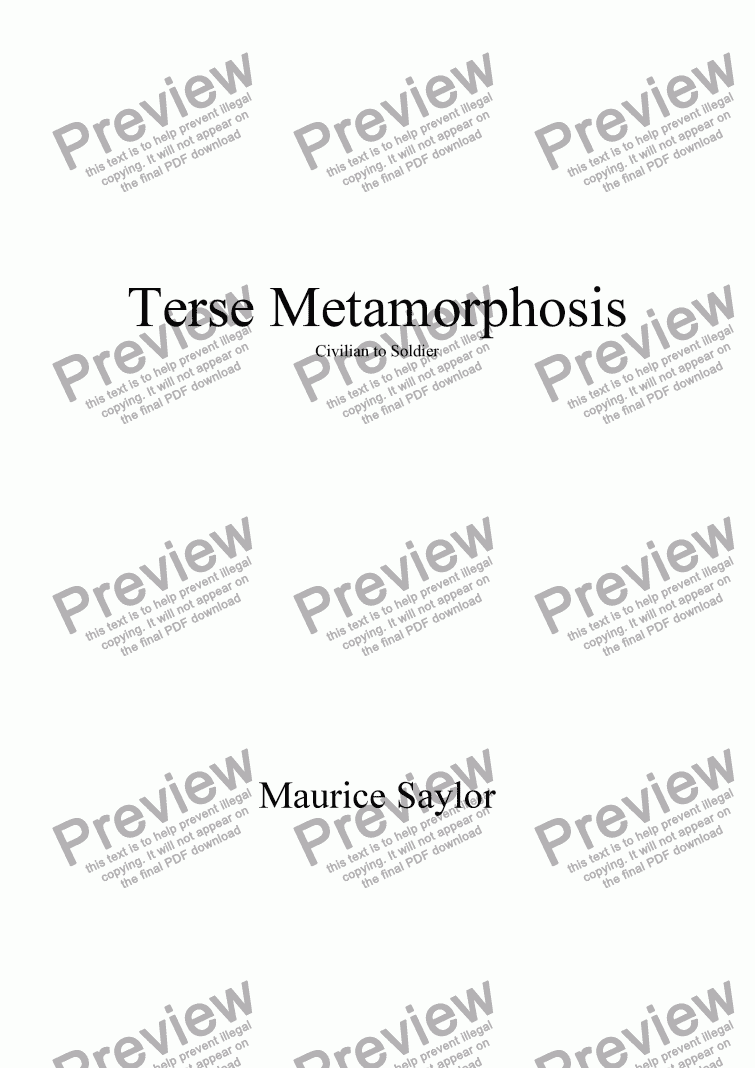 Commissioned by The Catholic University of America Benjamin T. Rome School of Music, Murry Sidlin, Dean, as part of the collective composition: Songs of the Forgotten War.

Each work is meant to serve as a musical poem that illuminates and transforms the statue [from the Korean War Memorial]. The comments of Maurice Saylor on his work "terse Metamorphosis: Civilian to Soldier" are representative of the musical effort to speak for a mute and forgotten figure from history: "The statue represented here has a face of stunned disillusionment, as if to say: 'A year ago I was studying in school, drinking with friends, and having a great time, so how did I end up across the world, knee-deep in mud with a gun in tote?' My composition takes ideas which are youthful, bodacious, optimistic, and audacious, and transforms them into something still audacious, but now also aggressive and violent." – Emanuel Pastreich, Dynamic-Korea

In most cases, brevity precluded all but the broadest gestures, although the one-two punch of Maurice Saylor's "Terse Metamorphosis: Citizen to Soldier"…made an impression. – Andrew Lindemann Malone, Washington Post.

In order to submit this score to ScoreExchange.com Maurice Saylor has declared that they own the copyright to this work in its entirety or that they have been granted permission from the copyright holder to use their work. If you believe that this score should be not available here because it infringes your or someone elses copyright, please report this score using the copyright abuse form.