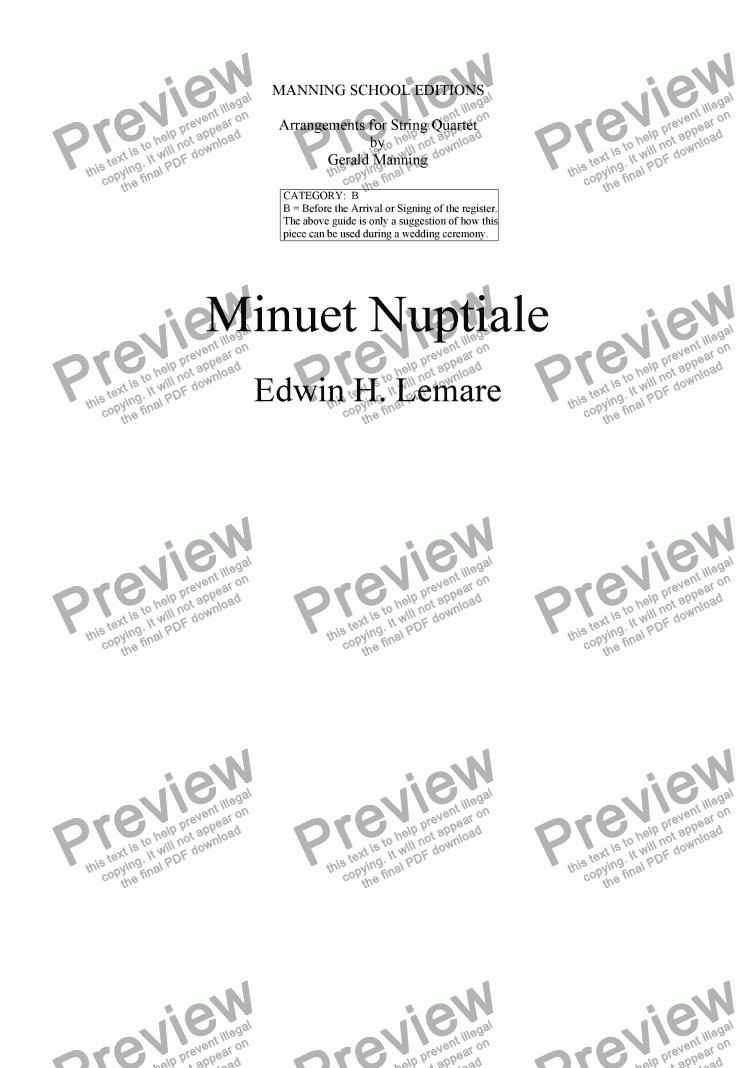 The English organist and composer Edwin Lemare was born in Ventnor, Isle of Wight, in 1865 and died in America in 1934. His father who was also an organist gave him his first lessons, and when he was only eight years old would occasionally deputise for him at the organ. He held many organ appointments in London, Sheffield and finally America, but he became famous as a recitalist, which lead to his election as an honorary Fellow of the Royal Academy of Music. He created something of a sensation when he produced with a chorus of 60 men and boys the entire first act of Parsifal; he transcribed twenty orchestral works, which included eight of Wagner�s compositions. This Minuet Nuptiale is an engaging piece full of grace and charm, and its English character is evident from the beginning.

This series of arrangements for string quartet is aimed at string quartets� that are building a repertoire of incidental popular classics and �easy listening� music for social functions of every kind. In preparation also at the time of writing is a collection of the most popular hymns taken from the English Hymnal for string quartet with optional chamber organ. From time to time I shall add further pieces thus building the availability of music that is well known to the general public. String quartets should contact me if they have any particular requests, but here I must stress that strict copyright restrictions may apply for certain commissions.