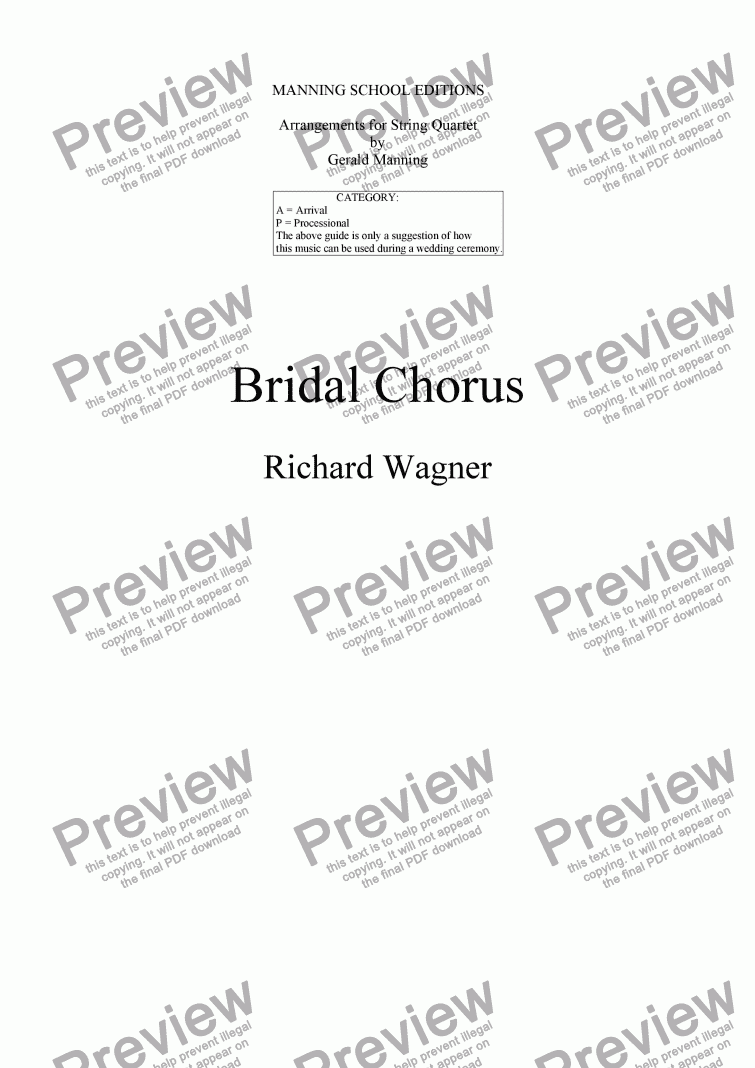 Born in 1813 at Leipzig Wagner was christened Wilhelm Richard; he died at Venice in 1883 having lived for 69 years. As well as being a prolific composer of music he was also interested in literature and wrote several books, which set, out his ideas on how Operas should be written. When he was aged 59 he settled in Bayreuth in Bavaria where a special theatre was built mainly from subscriptions from admirers of his works, which was opened in 1876, when he was 63. The new festival theatre was devoted entirely to the best possible performance of Wagner�s works. This Bridal Chorus is from the opera Lohengrin that is based on an old German legend.