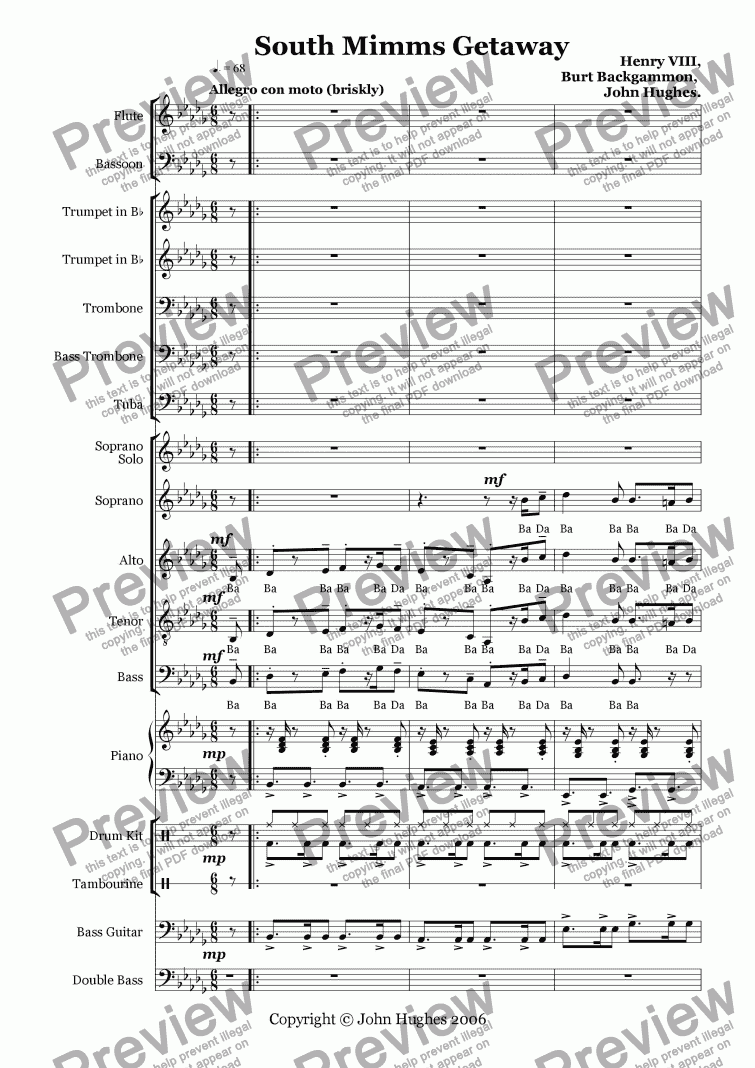 It's a little known fact that the producers of Butch Cassidy and The Sundance Kid originally intended the film to be set in Medieval England with the working title of Hard Harry and Ye Olde Cheshire Cheese Gang. In this sequence of the draft soundtrack, Harry and his sidekick, Cutpurse Clive, have defied the law by escaping from London and hiding out in lovely rural South Mimms, Hertfordshire, near Potters Bar. There they continue their criminal activity by robbing Innkeepers Lodges and motorway service stations. They are helped by the ample charms of Clive's doxy, Thruppenny Joan, who distracts the innkeepers while Clive cuts off their assets! They make their escape on donkeys as the King's men get closer and closer each time. To add authenticity to the score, the producers asked that tunes by Henry VIII no less should be incorporated, including Greensleeves (dubious) and Pass Time In Good Company (more likely). (Hmmm no wonder they changed their mind and turned it into a western!) The vocals in this piece, should it ever be performed, are to be sung in Swingle Singers style.