By: Michael Drewes
For: Wind quintet
This music is in your basket
View basket
Loading... 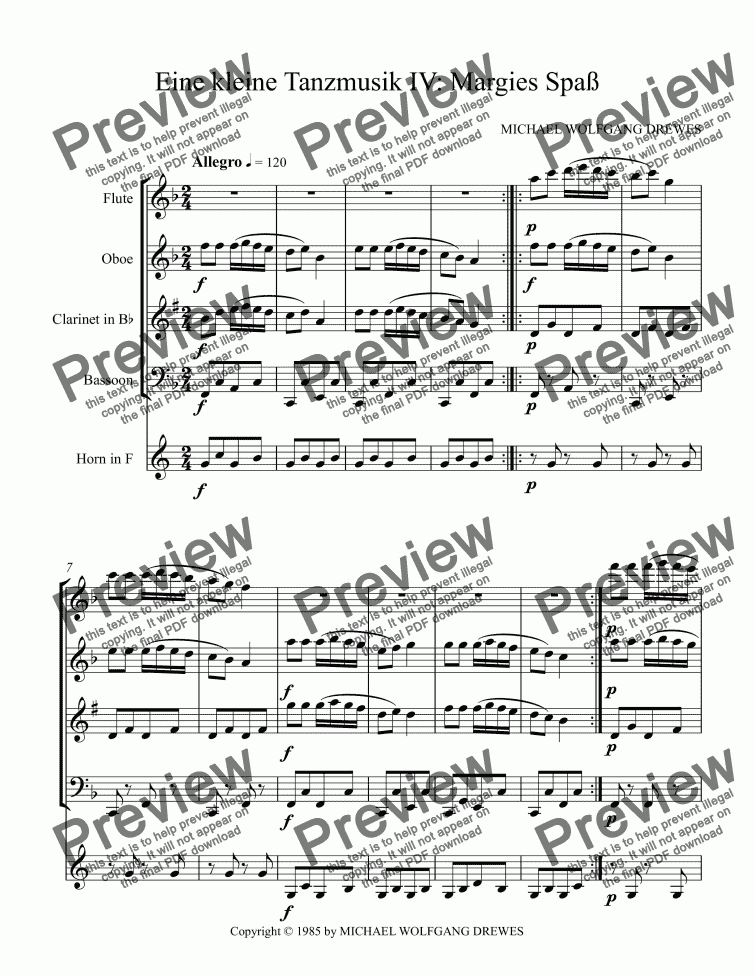 By: Michael Drewes
For: Wind quintet

Composer
Michael Drewes
Year of composition
1985
Difficulty
Difficult (Grades 7+)
Duration
4 minutes
Genre
Latin music
License details
For anything not permitted by the above licence then you should contact the publisher first to obtain permission.

This is now the fourth piece of a series called "Eine kleine Tanzmusik" [A Little Dance Music], one of my first attempts at writing a Wind Quintet. The character of the instruments conveys it a certain gracefulness, which, if it were conceived for piano only, would not be so easily appreciated.

the second theme, which is slower, is a reminiscence of something we used to sing as chilrdren in post-war Germany of the early fifties of the past century, namely:

Adam is mighty, Adam is tall, one metre sixty, no job at all.

Originally it started out as a piece for marching band inspired by Indian street musicians of Mexico City, and now arraged as a wind quintet as to fit into the series "Eine kleine Tanzmusik."