Horn Concerto - the Horn of Galloway 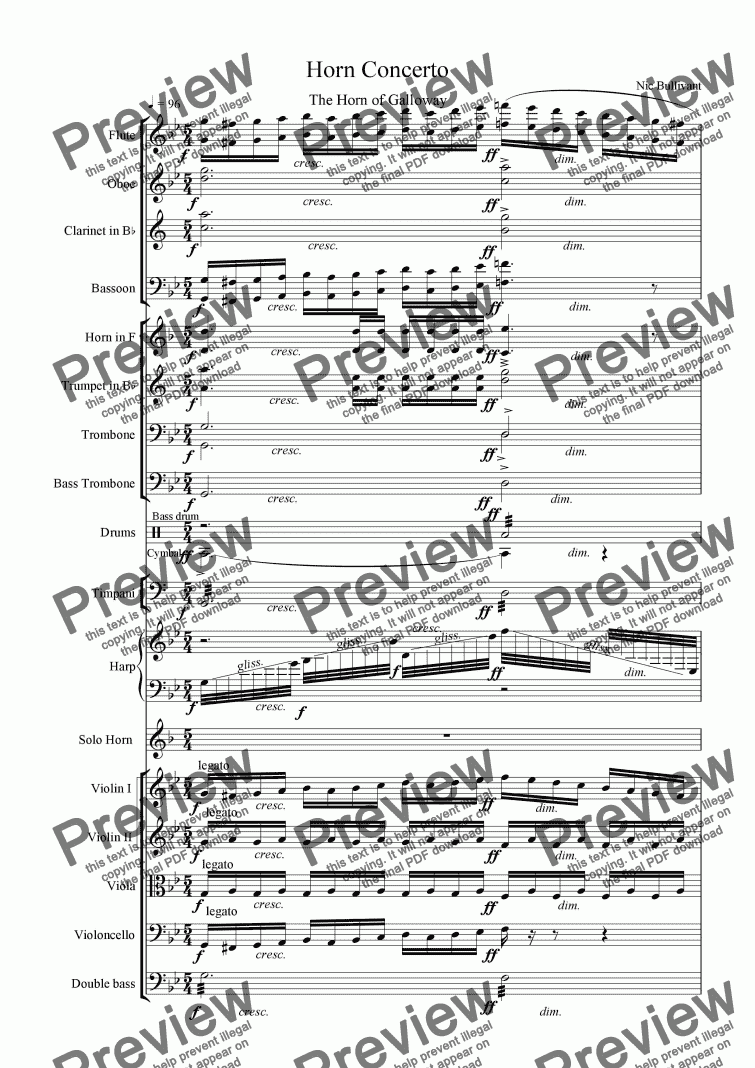 The Mull of Galloway is the cliff-girt South Western tip of Scotland, from where Ireland is clearly visible on a fine day. A legend about the fate of the Picts, a cultured tribe that disappeared from Scotland in the dim and distant past, was that they were thrown out by more aggressive neighbours and took their music and art and, importantly, their recipe for heather ale, with them, some say to Ireland. In this Romantic re-telling of the tale, the solo horn is cast as sheannachie, or story-teller, the orchestra as audience, participants and actors in the drama. The first movement sets the scene; second is a (drunken?) reverie with the spinning wheel for accompaniment; third is the final battle. The last two defenders standing are a boy, who does not know the recipe of the ale, and an old man, who will not divulge it. They are thrown over the cliffs. The unresolved end hints that the recipe (and culture) live on somewhere over the sea. There are not many Romantic horn concertos, but this one sets a moderately large orchestra against the solo instrument and deals with issues of identity and fidelity, and eventually heroic failure, so it may well deserve the label.

In order to submit this score to ScoreExchange.com Nic Bullivant has declared that they own the copyright to this work in its entirety or that they have been granted permission from the copyright holder to use their work. If you believe that this score should be not available here because it infringes your or someone elses copyright, please report this score using the copyright abuse form.

Reviews of Horn Concerto - the Horn of Galloway