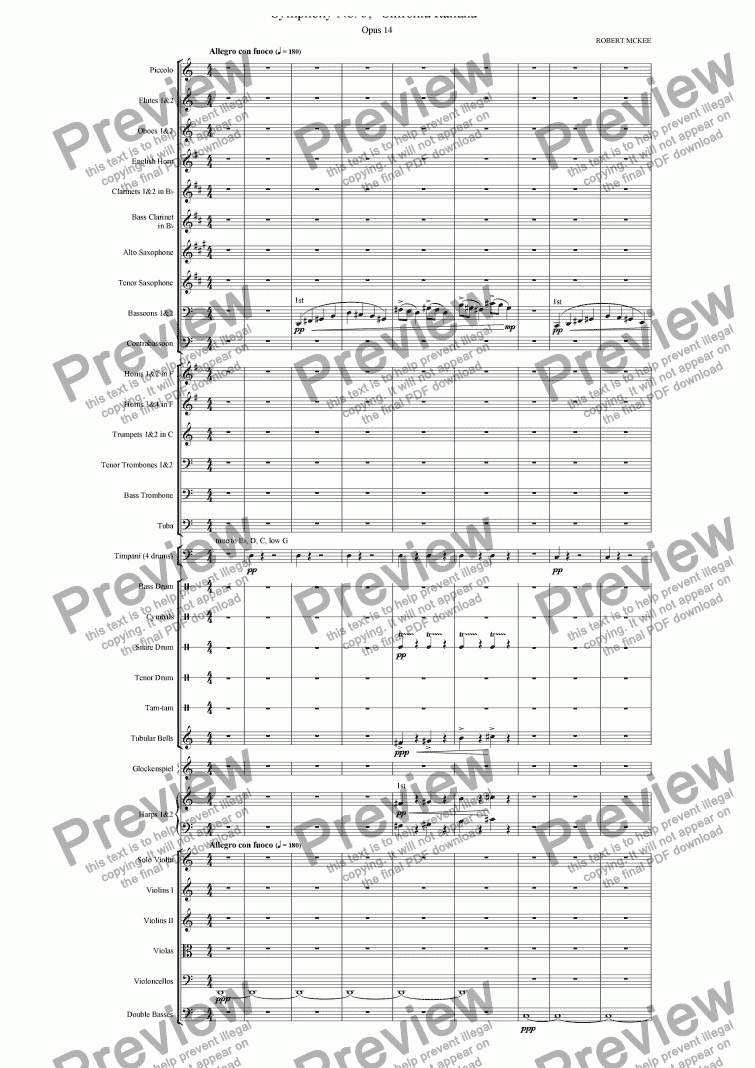 Although given a symphony number, this work is a little too lightweight to be considered a true symphony in the heroic sense. Hence the designation of sinfonia. The �Italiana� was chosen to reflect the use of the Neapolitan sixth and the rather strong echoes of Puccini near the end of the work. Also Puccinian is the work�s block-like structure, the blocks welded together by transitional passages. For example, the work starts out with an ethereal, chromatic introduction, where parallel major sevenths predominate, which then gradually gives way to solid diatonicism through the use of major and minor sixths. Near the end a seesaw effect of alternating major triads takes over, during which time an almost direct quote from Turandot gets an airing.

In order to submit this score to ScoreExchange.com Robert McKee has declared that they own the copyright to this work in its entirety or that they have been granted permission from the copyright holder to use their work. If you believe that this score should be not available here because it infringes your or someone elses copyright, please report this score using the copyright abuse form.

Reviews of Symphony No. 5, "Sinfonia Italiana"