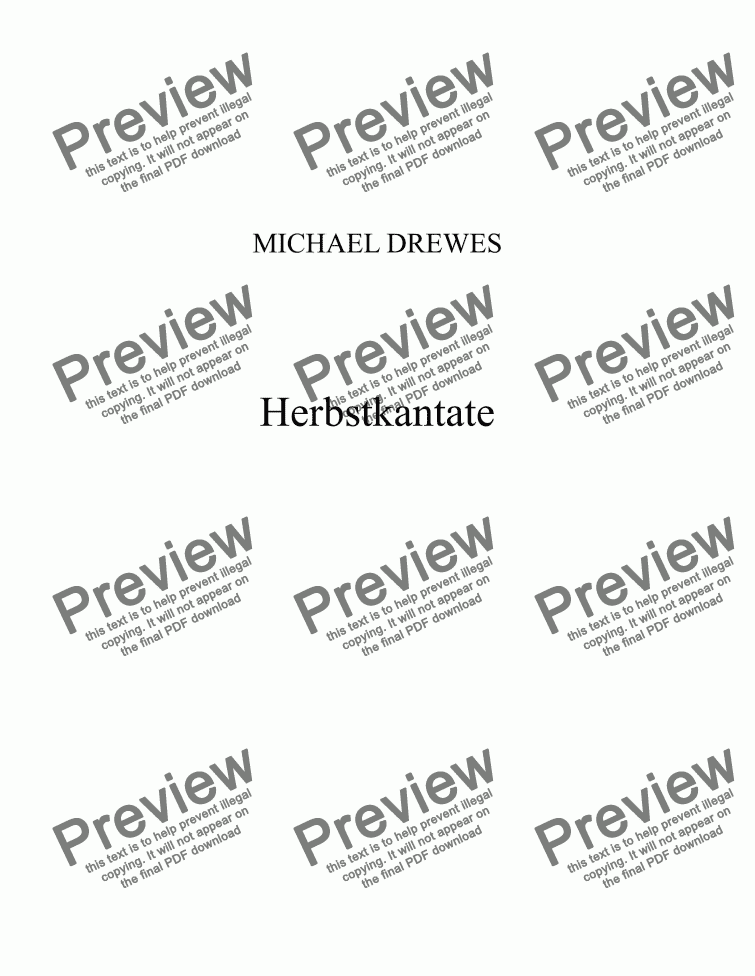 This is really the very original version of the cantata, based on a poem by Friedrich H�lderlin (1770-1843), which was started in Mexico in 1967, then interrupted and completed in Jerusalem from 1988 to 1990. it is dedicated to the memory of Charlotte Kaminsky (1904-1989), who trained the anchor people of the Hessian Radio in Frankfurt, and later, of the Bavarian Radio in Munich, as a voice teacher. I profited myself from her wisdom and knowledge. The Jewish National Library in Jerusalem possesses a copy of the handwritten manuscript under record number 001284277.

An English translation of poems by H�lderlin is available as:

FRIEDRICH H�LDERLIN. Selected Poems and Fragments, translated by Michael Hamburger; edited by Jeremy Adler; with a new preface and an introduction by Michael Hamburger. Penguin Classics, London, 1998. pp. 36-41. The poem used for the cantata appears under the German title �Mein Eigentum� and in English, as �My Possessions.�