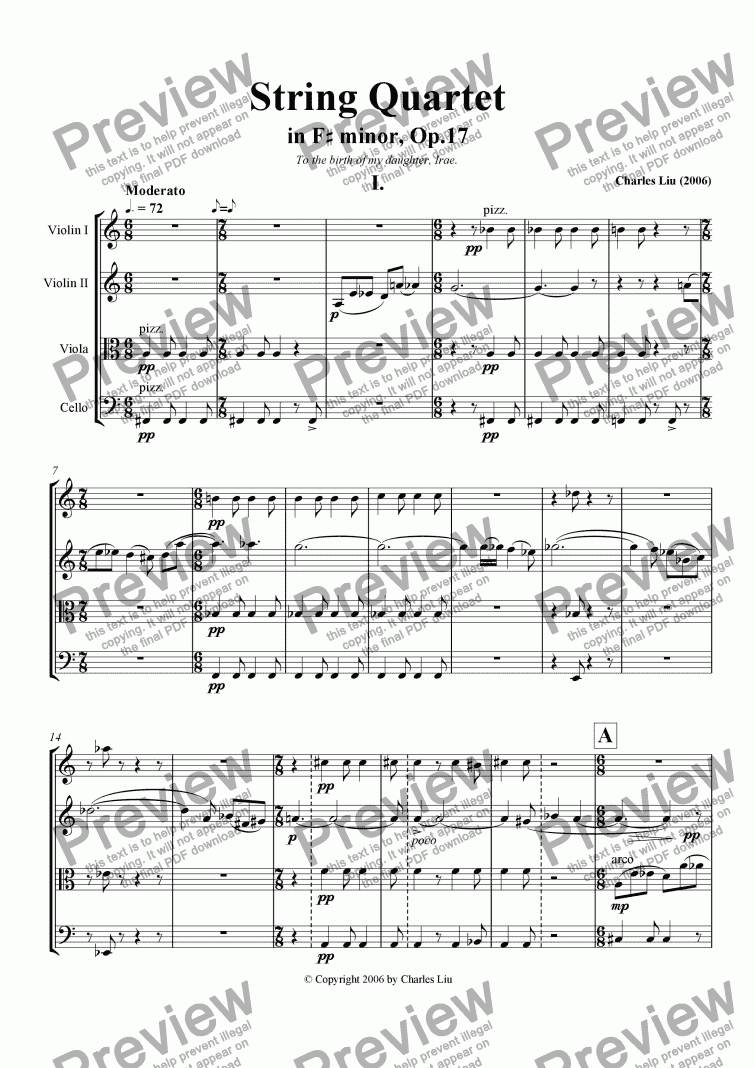 The 1st movement was written in March and completed in April, and was shortly followed by the Scherzo, which was completed in May.

Since then, there were a couple of slight revisions to the score, including the addition of 2 bars in the scherzo.

In order to submit this score to ScoreExchange.com Charles Liu has declared that they own the copyright to this work in its entirety or that they have been granted permission from the copyright holder to use their work. If you believe that this score should be not available here because it infringes your or someone elses copyright, please report this score using the copyright abuse form.