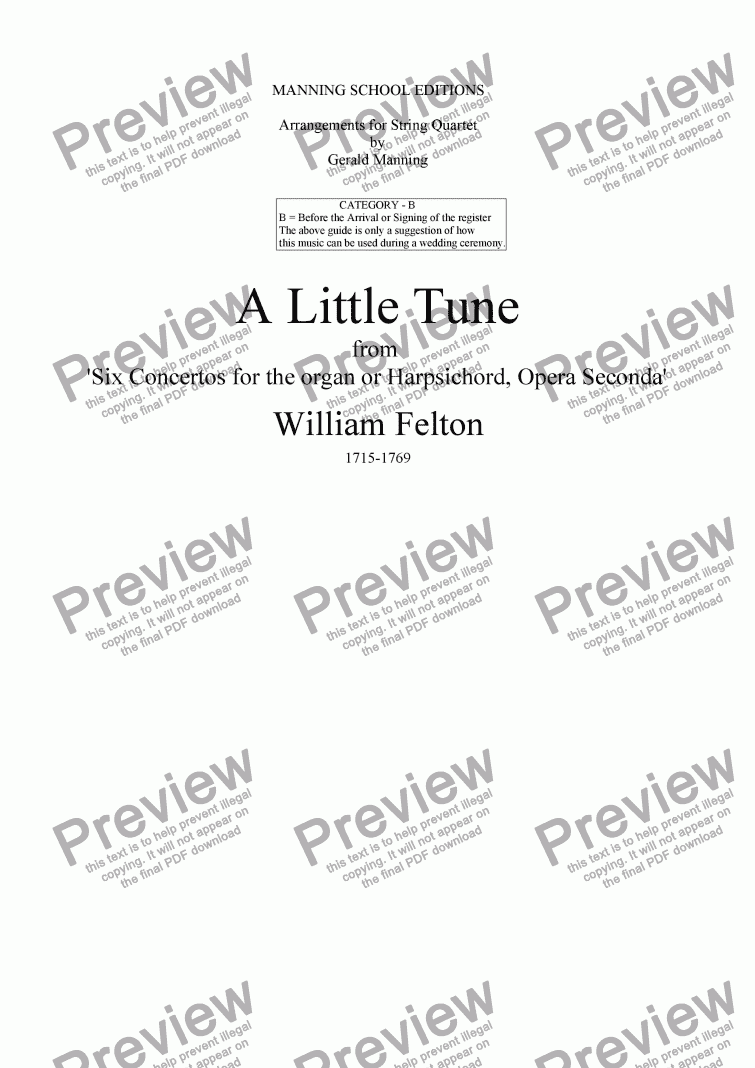 The Rev. William Felton to give him his full title, (he later became a minor cannon at Hereford Cathedral), was born at Drayton in 1713. Educated at Manchester and Cambridge, he became a clergyman and vicar-choral, and soon became famous as a performer on the organ and harpsichord, for which he wrote many concertos and lessons. The best known among these was the celebrated Felton�s Gavotte, which comprised a set of variations and comes from one of the concertos. This delightful �Little Tune� comes from his �Opera Seconda� one of six concertos composed for the organ or harpsichord, which dates from circa 1745. He died at Hereford on the 6th of December 1769.