By: Keith Terrett
For: Solo Horn in Eb + piano
This music is in your basket
View basket
Loading... 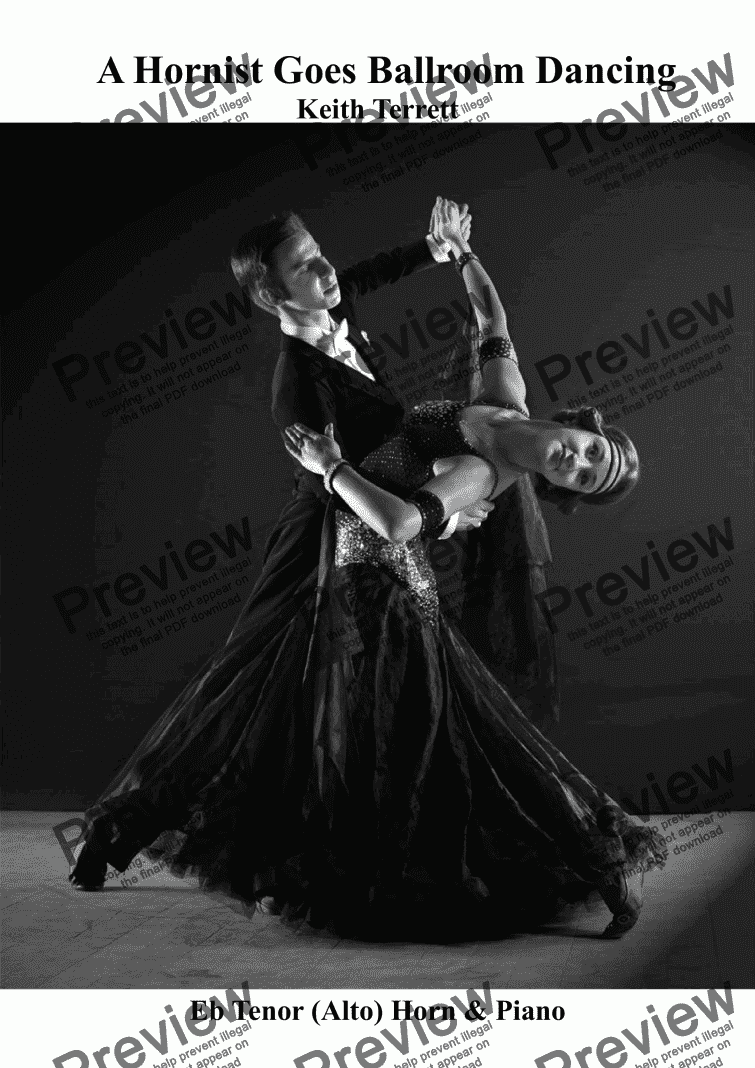 By: Keith Terrett
For: Solo Horn in Eb + piano

A version for the often neglected but beautiful Eb Tenor (Alto) Horn of my ever popular ’’Goes Ballroom Dancing’’ solo.

The version for French Horn and Piano, is published in Germany by Bruno Uetz:www.uetz.de/music

Piano and Tenor Horn in E^b

Piano and Tenor Horn in E^b