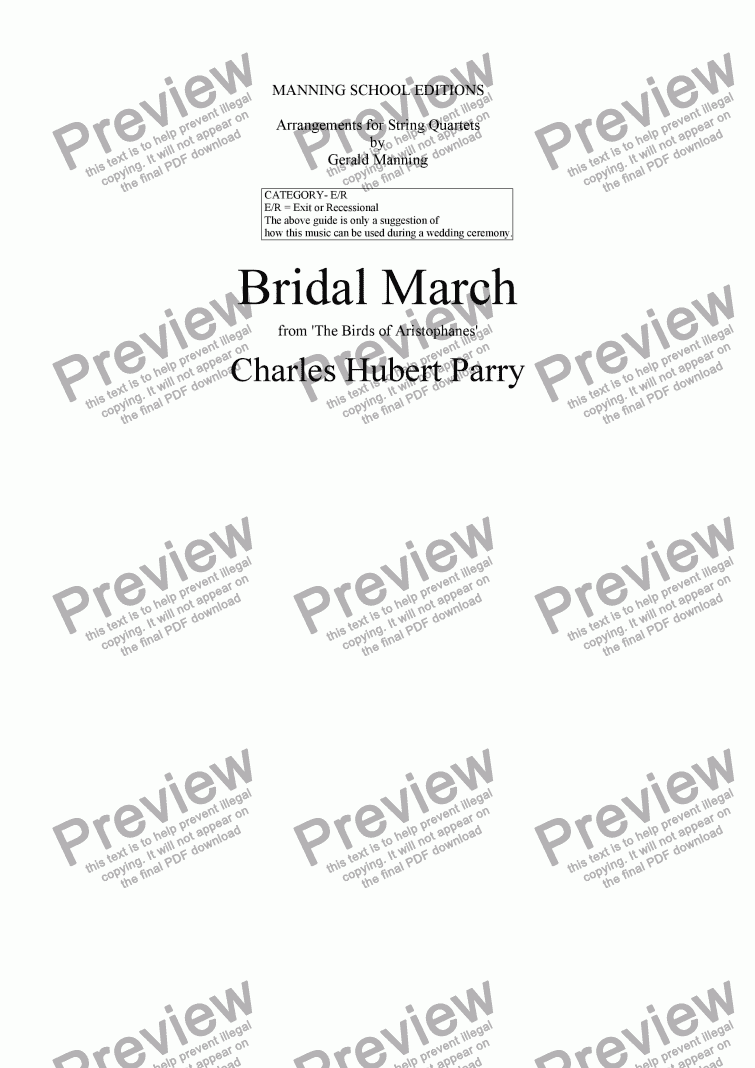 English composer and author Sir Charles Hubert Parry began composing hymns and chants at the age of eight. While a scholar at Eton he distinguished himself by his singing, piano, and organ playing and the composition of some beautiful songs. He was a pupil in composition with Elvey and before he left Eton he took his B.Mus. degree at Oxford University, where �residence� was not then required for degrees in music � he was just nineteen years old. Although he composed five symphonies and much orchestral music it was in his choral works that he reached his greatest heights. Another facet of his art is shown in the witty music he wrote for the Greek comedies of Aristophanes and the Bridal March from �The Birds� is a good example of his quintessentially English style.