My account
Help Contact
HomeInstrumentationsString quartetScriabin, A. - Prelude in B flat - Op.17 No.6 - arr. for String Quartet by Gerald Manning 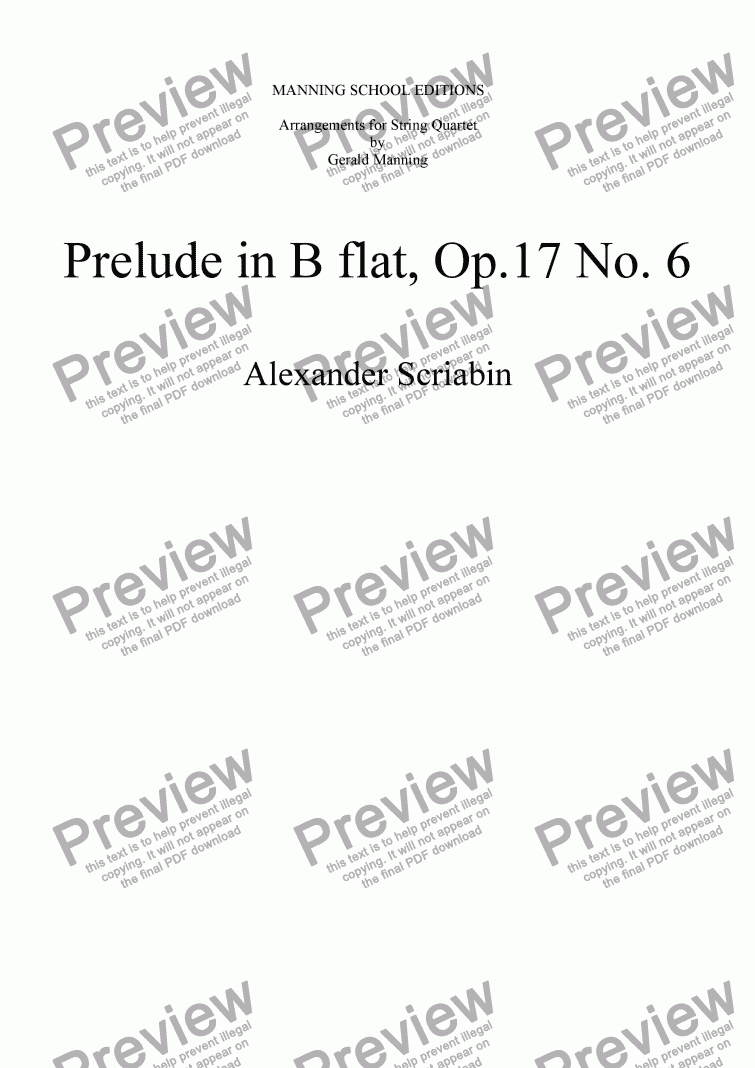 Alexander Scriabin�s father Nicolas was a lawyer and a brilliant young pianist who died a little more than a year after Alexander�s birth in Moscow on January the 6th 1872. It is not difficult to see where the boy inherited his natural Piano technique from, for he was able to extemporize on the instrument at the age of five, and like Mozart was able to repeat from memory any music he had heard once performed. He emulated the style of Chopin in his earliest compositions but soon developed a strong style of his own which differed in many ways from his contemporaries at the Moscow Conservatory where his teachers were Taneieff and Arensky the latter of whom formed an unhappy alliance with his young prot�g�; Scriabin however compensated for this by winning a gold medal in piano playing in 1891. As well as being a capable Pianist, he composed much Piano Music, including many Preludes, Etudes and Sonatas. This Prelude in B flat is No.6 from his Op.17 in an arrangement for String Quartet.

Reviews of Scriabin, A. - Prelude in B flat - Op.17 No.6 - arr. for String Quartet by Gerald Manning